Probiotics for the mind are set to be big news in 2019 – welcome to the next generation of ‘good bacteria’, says Anna Magee

Whether you feel happy, sad or something in between today, there is no doubt that as a nation, we have mood on our minds.

The number of prescriptions for anti-depressant medication has trebled in the last three years, with more and more people taking mood-stabilising drugs long term to help alleviate problems such as anxiety and depression.

While a quarter of us will experience a mental health problem such as anxiety and depression each year, that’s not accounting for the staggering numbers that live every day with overwhelming levels of stress, low-level panic or every day mood issues that they may feel are not severe enough for medication, yet at times are desperately crippling to our lives nonetheless. 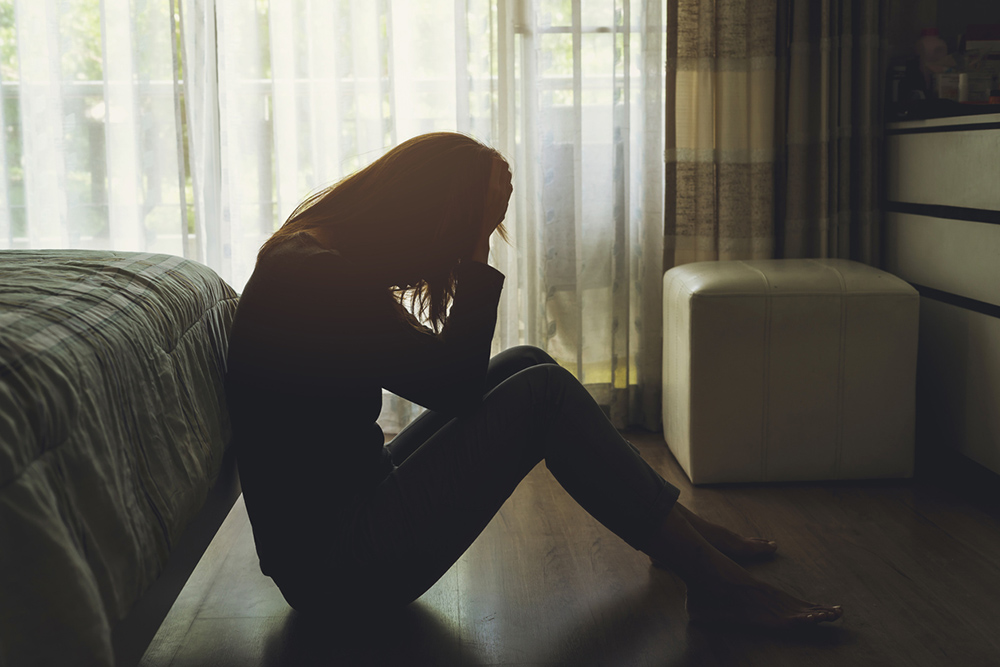 Right now, GPs have few options for those with mood problems bar prescribing an antidepressant, placing the patient on an ever-growing waiting list for talking therapies, or both.

And while the NHS recommends exercise as a viable solution for mild depression and countless studies show its effectiveness as a mood enhancer, often the last thing a depressed person wants to do is go jogging five times a week.

Now, exactly 30 years since the launch of Prozac, there may be a new way to enhance mood that is exciting medical professionals and it doesn’t involve taking drugs. But it doesn’t work directly on your brain, it works through the bacteria in your gut, now recognised for the profound effects it can have on our mood.

In fact, if you have specific problems such as stress and managing the challenges of today’s frantic lifestyles, juggling work life balance, taking the right strain of probiotic could help.

Most of us have had ‘gut reactions’ to things in our lives; ‘gut feelings’ about people or events. But a growing body of research is showing these may be more accurate than we could ever have imagined.

While most people are aware of the crucial role gut bacteria plays in digestion with studies linking the microbes in our large intestines to everything from allergies to immunity to weight, its becoming increasingly acceptable in medical and psychiatric thinking that our gut flora can influence our mood and stress levels too. 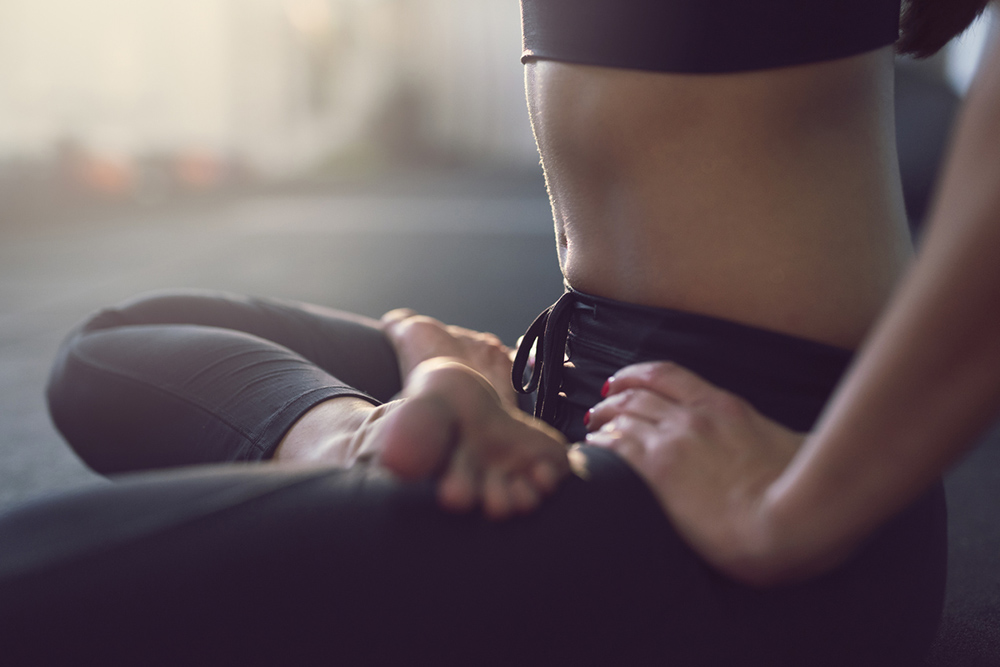 Indeed, three years ago a team of researchers at University College Cork found that men who took a probiotic containing a strain of healthy gut bacteria for four weeks performed better in stress tests than those who took a placebo.

The men taking the daily probiotic – which contained the strain bifidobacterium longum 1714, which is the same one that is in the new Zenflore probiotic pill – also reported lower levels of stress and lower levels of the stress hormone cortisol in their saliva than those on placebo.

The findings, which were published in 2016 in the journal Translational Psychiatry, add to a body of research linking the performance of our brains to the bacteria in our guts.

‘Though such studies are not conclusive but they do show a consistent theme coming through of a potential role in stress, anxiety and possibly depression played by the influence of gut bacteria on the brain,’ says Paul Enck, professor of medical psychology and head of research at the department of psychosomatic medicine and psychotherapy, University Hospital Tübingen, Germany whose research focus is psychophysiology and neurogastroenterology.

The world’s first targeted probiotic for mood, memory and stress

Indeed, while there are many probiotics on the market, Prof. Enck explains, new strains are now being developed for specific purposes.

Probiotics were once marketed as a one-size-fits-all. But now, because there are so many different strains of probiotic bacteria – all of which do different things – certain strains are now being studied and developed for different purposes.

For example, one strain called Bifidabacterium longum 35624 has been specifically developed and researched for its effects on Irritable Bowel Syndrome (IBS), with a large body of published data showing its effectiveness in helping alleviate IBS.

Regarding mood effects the strain bifidobacterium longum 1714 has been developed and researched at the University of Cork specifically for its effects on the brain. Called a ‘psychobiotic’, it was launched this month as an over-the-counter probiotic, Zenflore. 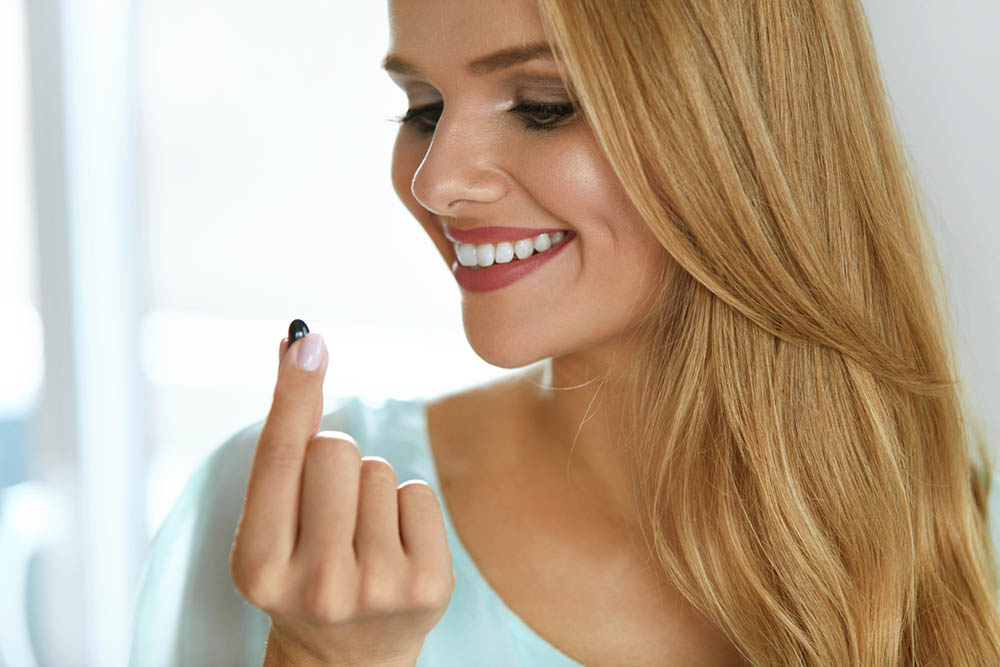 ‘For brain effects, the bifidobacterium longum 1714 has the most research behind it and has been the subject of a number of trials, including one on humans and others on mice that show it can help what scientists call social stress – which refers to how well we respond to stressful situations.

‘Other convincing studies have shown the same probiotic strain may also have a positive affect on memory’, Prof. Enck explains.

‘While other strains have been studied looking at their effects on the brain, the research and development on bifidobacterium longum 1714 has taken a pharmacological approach.

‘Such psychobiotics may have a role to play in everyday mood regulation,’ says Prof. Enck. ‘They’re probably not going to be as effective as central nervous system drugs like antidepressants but they show promising results.’ especially for people with milder forms of depression or anxiety.’

You have another brain in your gut

So, how can what’s going on in your gut have such an effect on your brain?

The gut is home to your enteric nervous system, sometimes referred to as the ‘second brain’ and that is where some 90 per cent of your body’s serotonin – a feelgood chemical used by the brain – is made.

But we’re still only at the very beginning of research into how this ‘gut-brain’ axis works and it’s not yet certain how neurotransmitters such as serotonin made in the gut can influence the brain because, according to Dr Enck, serotonin cannot pass the blood brain barrier.

The gut is home to your enteric nervous system, sometimes referred to as the ‘second brain’

He points to the likely pathways through which your gut health has a direct influence on your mood.

There is a nervous system in the gut and this nervous system communicates directly with the brain,’ says Prof. Enck. ‘Anything that happens in your gut has a direct effect on your brain.’

One theory is that the vagus nerve – a long, critical nerve extending from the abdomen to the brain – acts as a neural highway for chemicals made in the gut to get to the brain.  In other words, chemicals that the microbes in the gut secrete could switch genes on and off in the gut lining, affecting the brain. 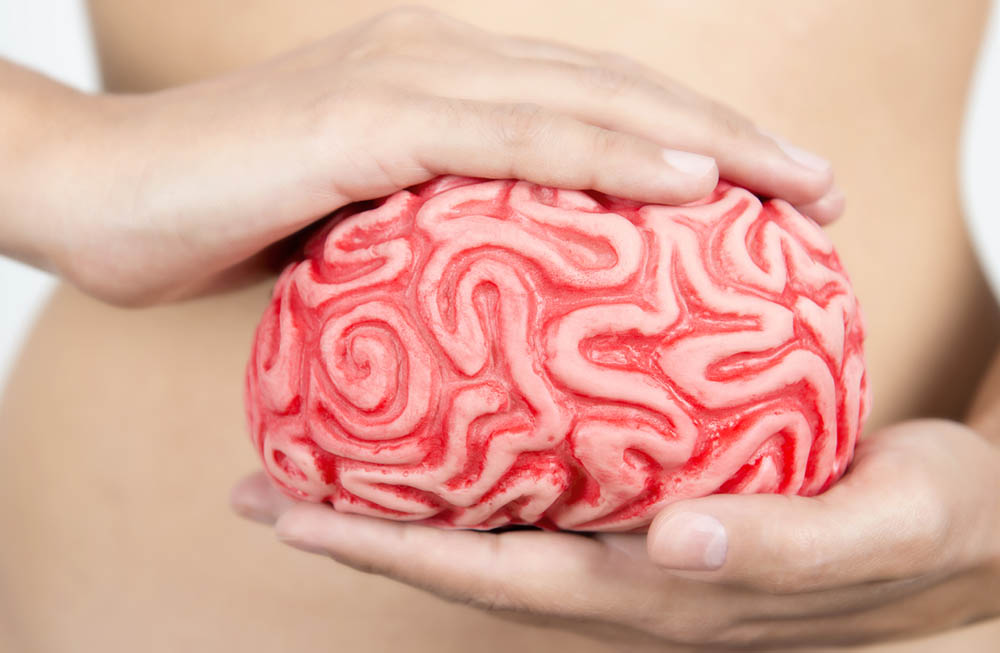 ‘We also have our largest immune systems in our guts too,’ he continues. ‘This also has a direct connection to the nervous system of the gut’.

The third way the gut is essential to the health of our nervous system is in the way the state of our gut bacteria impacts every biological process in our bodies, especially our brains.

‘Bacteria help our digestive processes by taking the foods we cannot digest such as fibres for instance and breaking them down into chemicals and nutrients we can use for metabolic processes such as brain function,’ says Professor Enck.

Mood problems and your gut

‘The microbes within the brain-gut axis are one of the most exciting areas of research,’ says gastroenterology specialist Doctor O’Donovan.

Read More:  What is the cure for malaria

‘New research is showing that gut bacteria may play a role in regulating stress responses,’ she continues.

Doctor O’Donovan also says that the gut has been called the second brain because there are multiple connections between the gut and the brain including via the vagus nerve.

‘The gut produces more than 90 per cent of the serotonin found in your body, this is a neurotransmitter that can affect your mood and feelings of happiness and pleasure and research has shown that gut bacteria can impact its production in the gut’.

Eating for a healthy gut

Some of the things that could affect your gut bacteria include ironically, a high stress lifestyle, a diet high in processed foods and sugar and low in fresh vegetables and fruit and having taken antibiotics at any point in your life, but particularly if you have taken them repeatedly. 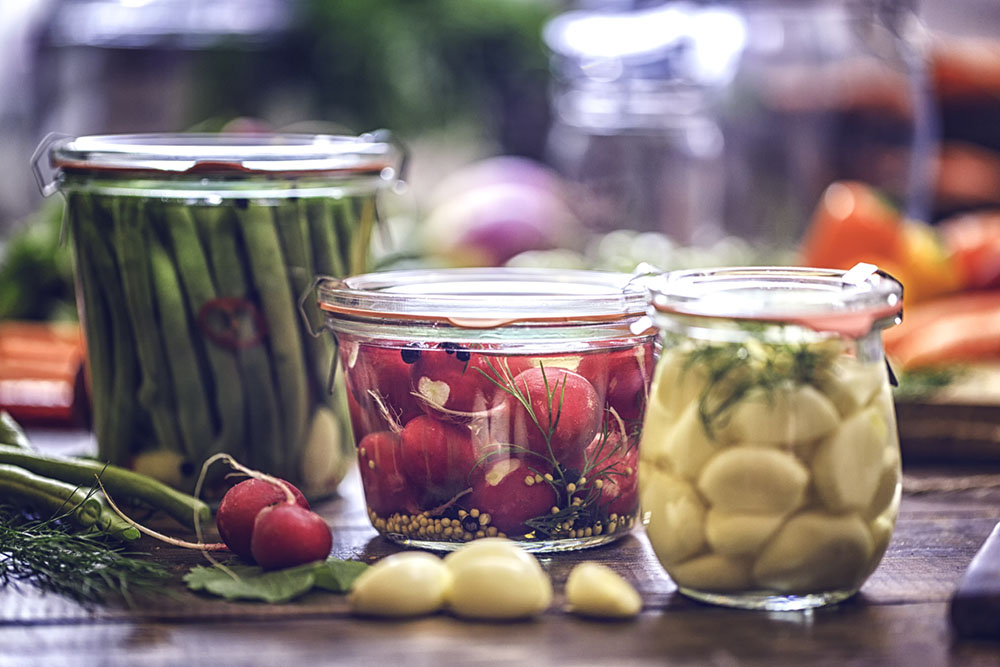 Generally, it takes around two months for the average gut to recover from one course of antibiotics and you can improve this recovery time with a gut-friendly diet of probiotics (the healthy bacteria) and prebiotics (which feed the healthy bacteria and help it grow).

a diet high in fibrous vegetables will feed the healthy probiotic bacteria in your gut and help it grow.

Meanwhile, a diet high in fibrous vegetables will feed the healthy probiotic bacteria in your gut and help it grow. The best prebiotics are chicory roots, Jerusalem and globe artichokes, leeks, onions, garlic, celery, bananas, apples and pears. 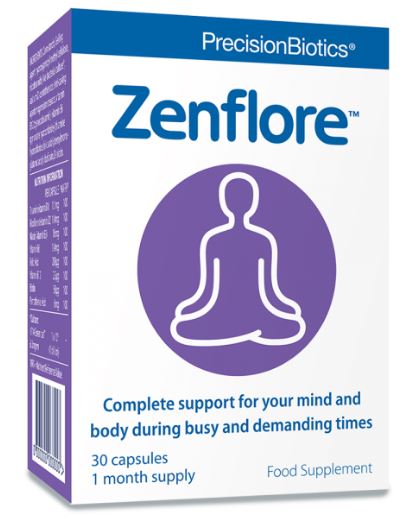 5 bloating fixes you can do tonight

How to be confident when you feel like falling apart