Gary Schwitzer is the founder and publisher of HealthNewsReview.org – now in its 14th year of publishing.  He tweets as @garyschwitzer and/or as @HealthNewsRevu. 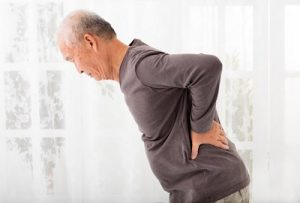 This week we were presented with another opportunity to see how the framing of stories about medical studies matters.

Are results reported almost unquestioningly, with an emphasis on potential benefits but with few or no caveats or limitations?

Or is the potential benefit of the results presented right alongside potential limitations – with caveats and questions appearing very early in the story?

HealthDay was an example of the first approach, reporting “What Works Best To Ease the Pain of Sciatica?” The story began:

Surgery can cut pain intensity by more than half among patients struggling with long-term sciatica, researchers report.

“Sciatica is the symptom of pain that radiates down the leg and is caused by compression of a nerve root in the spinal canal by a disc herniation,” explained study author Dr. Chris Bailey.

In the end, Bailey and his colleagues concluded “that surgery is superior to non-operative care for these patients with chronic symptoms.”

HealthDay did interview a co-author of an editorial that appeared with the study report in the New England Journal of Medicine.  But the limitations that the editorialists mentioned in the journal did not appear in HealthDay’s story.

Placing caveats early in a story and throughout

MedPageToday’s headline also started with a good news frame – Surgery for Chronic Sciatica Bests Conservative Care. But the sub-headline – the very next words – read “But Canadian study may have important limitations.”  That’s a huge difference in editorial approach.  MedPageToday (MPT) immediately tipped off readers that this may not be the slam dunk it appears to be.

Read More:  Animals Do Have Memories and Can Help Us Crack Alzheimer’s

In the very first sentence, MPT alerted readers that this was a “single-center trial” – a theme the story revisited a bit later: “…this was a single-center trial with potential for selection bias, the researchers noted.” In other words, there was potential for bias in the way people were included in – or excluded from – the study. Multi-center trials, with teams reporting results on patients in a variety of settings, may help to overcome that bias.

And the MPT story reported explicitly on the multiple potential limitations of the study highlighted by the editorial writers.  Excerpts from the story:

…the trial does not help clinicians determine which patients are most likely to benefit from immediate surgical intervention or the duration of non-operative care that is acceptable before surgery is recommended.”

Several trial limitations need to be kept in mind, they added. Patients who had symptoms for 4 to 12 months were in the trial, but researchers “did not account specifically for the effect of symptom duration in this window or other clinical factors known to influence outcome after diskectomy (removal of the disk thought to be pressing on a nerve), such as the size of the disk herniation or the extent of nerve-root compression,” they pointed out.

The study also took place in Canada and results “may also not be generalizable to health systems such as the one in which we practice, which allows (if not encourages) patients to influence the timing of surgery, with some preferring to be relieved of sciatic pain immediately with surgery and others who prefer to avoid surgery and wait for spontaneous improvement,” the editorialists wrote.

Unfortunately, neither story went beyond what was published in the journal – the study report and the accompanying editorial – to seek the news organization’s own independent expert perspectives.

Read More:  How to Follow a Liver Disease Diet

I asked for reactions from Paul Levin, MD, Vice Chairman of the Department of Orthopaedic Surgery at Montefiore Medical Center in the Bronx. He was one of our physician editorial contributors in the past.

The devil is in the details and this is where so many people are misled and have unnecessary surgery. …The problem is people are told that they have “sciatica” all of the time because they have horrible back pain and maybe butt pain. BUT, because everyone knows when your back hurts you have to have an MR (magnetic resonance imaging scan) incidental disc herniations become surgical targets.

In other words, the imaging scan may show a herniated disk that actually may not be causing their pain.  But once seen on an image, it becomes a likely target for surgery. The end result, according to Dr. Levin:

Pain docs and surgeons are treating imaging findings all of the time instead of people. Bad combination: people in pain desperate for help and people who make their living treating pain. Makes for a lot more business.

Dr. Levin says the emphasis on potential benefits of surgery in health care can lead to overtreatment and harm.

But there is also a harm in journalism that emphasizes potential benefits while ignoring or minimizing potential harms or limitations of a study. The thing that makes the journalism struggle so difficult to understand is that the editorial in the journal is a free second opinion. Why wouldn’t you quote from it about the limitations noted?

Read More:  Take the Quiz: How Much Do You Know About Coaching Postpartum Women?

Treating back pain and sciatica is a huge business.  A balanced breakdown of potential benefits and harms of a treatment are essential elements of a story.  So are the strengths and limitations of a published study.

We’re going to see this conundrum quite a bit in the future as COVID-19 researchers present their findings on tests and on treatments.  The stakes will be even higher there. Let the reader beware.