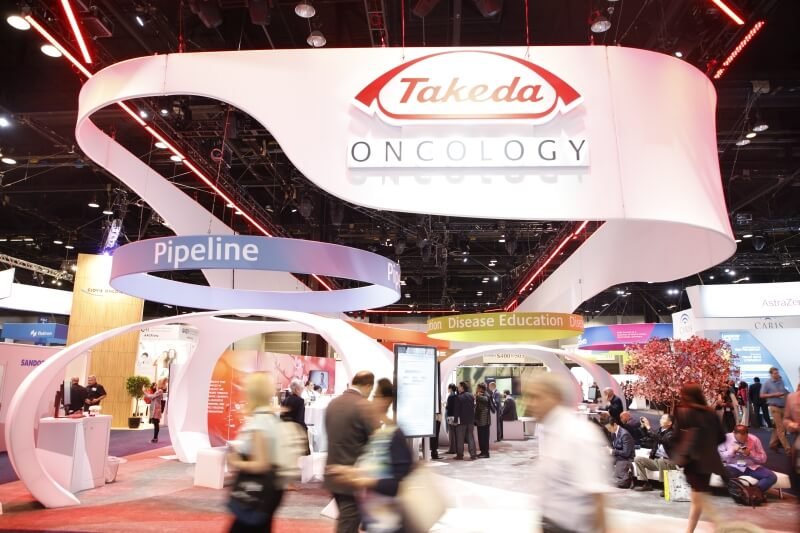 Pfizer’s aging Xalkori is the drug to beat in ALK-positive non-small cell lung cancer arena. And that’s just the arena Takeda is aiming for with earlier use of its own treatment Alunbrig.

After 25 months of treatment, Alunbrig cut the risk of disease progression by 51% compared with Xalkori in ALK inhibitor-naïve NSCLC, as assessed by an independent review committee, Takeda said at the European Society for Medical Oncology Asia meeting.

The data is consistent with what Takeda showed last year after a first interim analysis. Now, the company is looking to submit the data for approvals in previously untreated patients, after fellow second-generation ALK inhibitors—Novartis’ Zykadia and Roche’s Alecensa—won their own green lights in 2017.

Striving for Zero in Quality & Manufacturing

Pharmaceutical and medical device manufacturers strive towards a culture of zero – zero hazards, zero defects, and zero waste. This on-demand webinar discusses the role that content management plays in pharmaceutical manufacturing to help companies reach the goal of zero in Quality and Manufacturing.

“We’re really excited that the early confidence we had in that data from Alta-1L reconfirmed in this data now with greater maturity,” Rachael Brake, global program lead at Takeda Oncology, told FiercePharma ahead of the announcement.

Alunbrig’s benefit is “very compelling” in a subset of patients, Brake noted. In those who were diagnosed with brain metastases, who account for around 30% to 40% of all ALK+ NSCLC cases, the Takeda drug cut the risk of brain disease progression by a whopping 69%. Under an investigator’s analysis, median progression-free survival was not even reached with Alunbrig after two years within this niche population, while Xalkori fended off tumor growth for just 5.9 months.

Overall, Alunbrig stalled tumor progression by 29.4 months, versus 9.2 months with Xalkori, as assessed by investigators. When it comes to the independent review committee, which is usually preferred by the FDA, median PFS was 24.0 months for Alunbrig and 11.0 months for the Pfizer drug.

Brake also touted the safety profile of Alunbrig. “Now we’ve seen patients sustaining taking once-a-day oral pills for two years in a row, that’s not insubstantial,” she said. “The long-term tolerability of Alunbrig is also starting to stand out.”

Alunbrig delayed median time to worsening in a global quality of life score by 27 months, versus eight months with Xalkori, as it also prolonged improvement in multiple markers such as nausea, appetite loss, and emotional and social functioning.

The two-year data Takeda has is enough to support an application, and that’s what Takeda is busy preparing right now, Brake said. But because the Alta-1L study so far only reached 75% of the predefined PFS mark, it will continue for final analysis until 198 of all 275 trial participants experience disease progression.

If finally approved, Alunbrig will also go up against Zykadia and Alecensa—which cut the risk of disease worsening by 47% in its own Xalkori head-to-head trial.

Lacking a frontline nod, Alunbrig only racked up JPY1.7 billion ($ 15.7 million) in sales in the most recent quarter, up 44% year over year. Novartis didn’t separately report Zykadia in its third-quarter report, suggesting less-than-significant sales. In comparison, Alecensa, which is designed to penetrate the brain, increased sales by 50% and got $ 235 million in the third quarter. Xalkori, which cannot cross the blood-brain barrier, netted $ 130 million in Q3.

Now all these drugs face a new competitor in Pfizer’s Lorbrena, which just landed an FDA go-ahead in previously treated ALK-positive NSCLC.

At least Takeda seems confident the current data could help it expand into a larger patient base. The data showed Alunbrig is “competitive and a great option” for a front-line patient, Brake said. “We believe that the profile that we’ve demonstrated is as compelling as anything that’s out there.”