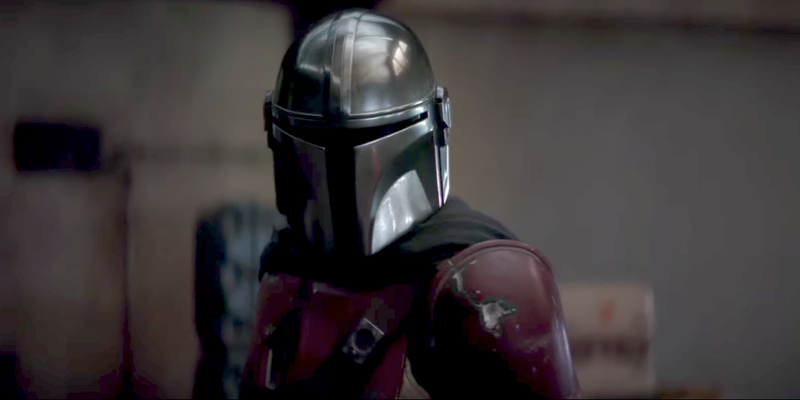 Pedro Pascal been garnering significant praise for injecting real personality and pathos into a fairly standard gunslinger archetype character in Disney’s The Mandalorian, all without showing his real face. It is, after all, a central tenet of Mandalorian culture within the Star Wars universe that the society of bounty hunters never remove their helmets around other people.

But in a disintegrating blow to our suspension of disbelief, Bryce Dallas Howard just revealed that it’s not actually Pascal under the iconic helmet all the time. The actress, best known for theJurassic World movies, is also a director, and she came on board The Mandalorian to helm the fourth episode of the first season, “Chapter 4: Sanctuary.” Talking to Vulture this week, she let slip that she never actually met the leading actor of the series while working on the episode.

“He was in rehearsals for King Lear on Broadway,” she said. “And so, while we were doing my episode, I wasn’t working with Pedro.” Instead, Howard worked with two stunt performers, Brendan Wayne and Lateef Crowder, with Wayne filling in for most of Pascal’s scenes.

“He absolutely just brought everything to that character,” said Howard, “and we were able to find the moments and figure them out together.” Incidentally, Wayne is the grandson of movie legend John Wayne, adding to The Mandalorian‘s credentials as a modern Western. And he has nothing but nice things to say about Pascal: “The great thing about him is he’s not impressed with himself,” Wayne told Vulture. “He’s just an actor. And I mean that in the good way, not the bad way. He likes to learn and he likes to collaborate and he’s very good at it.”

Read More:  Why Bifidobacteria Are So Good for You