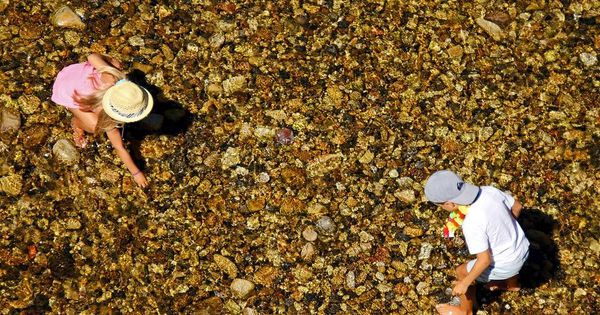 After a critical period of recession that lasted until 2013, little by little, the Spanish economy has managed to heal from the ravages of the crisis. So much so, that Spain has become one of the EU countries with higher growth forecasts and last year the Spanish GDP grew by 2.5%, six percentage points above the European average. The figures, however, are far from reflecting the reality of many families and, more specifically, many children. Currently, one in three minors in Spain is at risk of poverty or social exclusion and this is where social immobilism play an important role.

According to the European Anti-Poverty Network (EAPN), child population in Spain (under 18) registers very high rates in the indicators of poverty: 31.3% of the children in 2017 were at risk of poverty or social exclusion. Among these minors, 28.3% live in poverty risk, 10.8% live in severe poverty, 9.8% live in homes with low intensity of employment and 6.5% endure severe material deprivation.

Children at risk of poverty are those who live in households with a total income below the poverty line so, in other words, any policy that seeks to reduce child poverty must necessarily go through supporting low-income households with children. In this sense, it is important to talk about the wounds of the economic crisis. In Spain, one in six middle-class families fell into poverty during the crisis, according to the 2019 Oxfam report on social immobility and poverty carried out in the Mediterranean country.

The document shows how Spanish society has become polarized while the middle class is thinning. One of the reasons has a lot to do with the phenomenon of social immobility, which means that those who are born in rich households may easily perpetuate in their social status while the most impoverished people have a harder time changing their situation throughout their lives. For example, in Spain people born in a high-income family earn 40% more than people raised in a low-income household.

Although the most alarming data in the report may be that poverty in Spain increased during the crisis four times more than what has been reduced with the economic recovery, which is especially serious considering that low-income families suffer the most when a crisis hit. So, if the situation of childhood before the recession was already bad, nowadays it is much worse despite the economic upturn.

While being in the opposition, the Spanish President Pedro Sánchez promised the opening of a specific organism to address this emergency so, when he reached the Government after the motion of censure against the former President, Mariano Rajoy, the High Commission for the Fight against Childhood Poverty was created. What is interesting is that the Commission draws from the premise that child poverty is inherited and affects 2,365,000 children in Spain.

A very illustrative example of how the standard of living is transmitted from parents to children is the perception of children’s health. Based on the data of the National Health Survey, the High Commission states that “it is not a coincidence that there is a gap of 14 percentage points between the group with the highest income (60.3%) and the group with the lowest income (46.6%) when it comes to classifying the child’s health status (up to 14 years) as very good”.

Also, education depends largely on the household income. For example, half of the people who leave their studies prematurely in Spain belong to the 20% of households with lower income, according to the Oxfam report. It happens the same abroad, the European Statistical Office (Eurostat) has shown how the risk of poverty rises as the level of education diminishes. “In the EU, around 53% of children (aged 0–17) living in households in which the highest level of education attained by the parents was lower secondary level, were at risk of poverty, compared with 7.6 % for children whose parents have a high level of education”, indicates the 2019 study.

Bearing in mind this data, it gets easier to accept the assumption that child poverty is largely inherited. One of the ways in which the State can address social inequalities is through social spending. In this respect, Spanish spending on families and children is lower than the average of the European Union in relation to its GDP, but also in relation to total social spending. In Spain only 5.3% of social spending is devoted to the family and childhood, only ahead of the Netherlands, Greece, and Portugal and far from the EU average, which is situated at 8.4%.

In short, the problem of child poverty in Spain is that it is structural. The only way to tackle it is to eradicate the great persistent inequalities in society that have increased after the crisis and to work for a large middle class that replaces the polarization of society. Otherwise, the future will bring us an immense population at risk of poverty, which goes against the scheme of advanced societies

Children at risk of poverty or social exclusion in the EU