As people age, their joints may become stiffer, they might walk a little more slowly, and certain faculties like eyesight and hearing may not be as sharp as they once were. But that doesn’t mean senior citizens are not capable of doing many of the things they’ve always enjoyed, and one of those things is having sex. In fact, new research suggests that sustaining a robust love life into your golden years can help you feel good all-around.

The study, which was conducted at Anglia Ruskin University in the United Kingdom, found that maintaining an active sex life as a senior citizen is associated with a better quality of life and a closer relationship with a significant other. These results are based on an investigation that included 6,879 men and women living in the U.K. The subjects ranged in age from 50 to 89 and had an average age of approximately 65.

They answered questionnaires that included information on whether they were currently sexually active and, if so, how often they were having sex. In addition, there were statements listed for them to agree or disagree with—such as: “I enjoy the things that I do” and “I feel full of energy these days”—designed to assess the participants’ mindsets and overall sense of wellbeing. The researchers evaluated their responses and provided every volunteer with a score on a total life enjoyment scale from 0 to 15, using the pleasure subscale of the CASP-19 (Control, Autonomy, Self-realization, and Pleasure) measurement tool.

Those who reported any sex at all within the prior year were much more likely to receive high scores for their quality of life. Among men, those with active sex lives had an average life enjoyment score of 9.75, while the men who were not engaging in sex had an average score of approximately 9.44. Among sexually active women, the average score for life enjoyment was 9.86, compared to 9.67 among women not having sex. Although these differences in scores may seem to be very small, they were large enough to be statistically significant, offering evidence of a connection between sexual activity and greater quality of life. 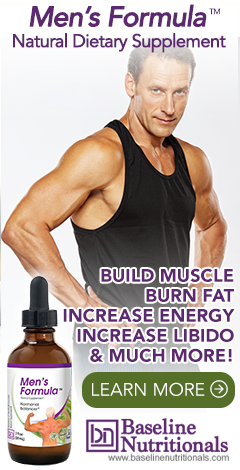 Read More:  These 3 Toxins Have the Largest Impact on Your Life Span

Furthermore, men who stated that they typically had sexual intercourse two times a month or more frequently, or took part in “kissing, petting, or fondling” regularly, had higher life enjoyment scores than their peers who did not fall into either of these categories. Interestingly, women only had higher life enjoyment scores when they reported kissing, petting, and fondling frequently, but not when they engaged in intercourse twice a month or more. That discrepancy might stem from evolution since there is a biological imperative for men to keep reproducing even as they get older, while for women, the possibility of reproducing ceases after menopause.

On the whole, the study is a good reminder that not only do people not lose their sexuality as they get older, but it is healthy to keep up an active sex life. Sex is a form of physical activity that should raise your heart rate, get you breathing harder, work some muscles, and release endorphins and oxytocin, which are hormones associated with pleasure and relaxation. What’s more, sex is an act of physical intimacy that helps us feel closer to our partners. And a 2015 study at the University of Toronto Mississauga in Canada showed that adults of all ages who are sexually active are happier and have greater relationship satisfaction.

Is it possible that the subjects who were having sex were doing so because they were already healthier and feeling good about life in general? That could absolutely be true, and it is likely that when people are happy and healthy they are ready for sex. But that doesn’t mean everyone can’t get enjoyment out of an active social life as a senior. And remember, if your libido isn’t what it used to be, then you might need a hormonal tune-up.