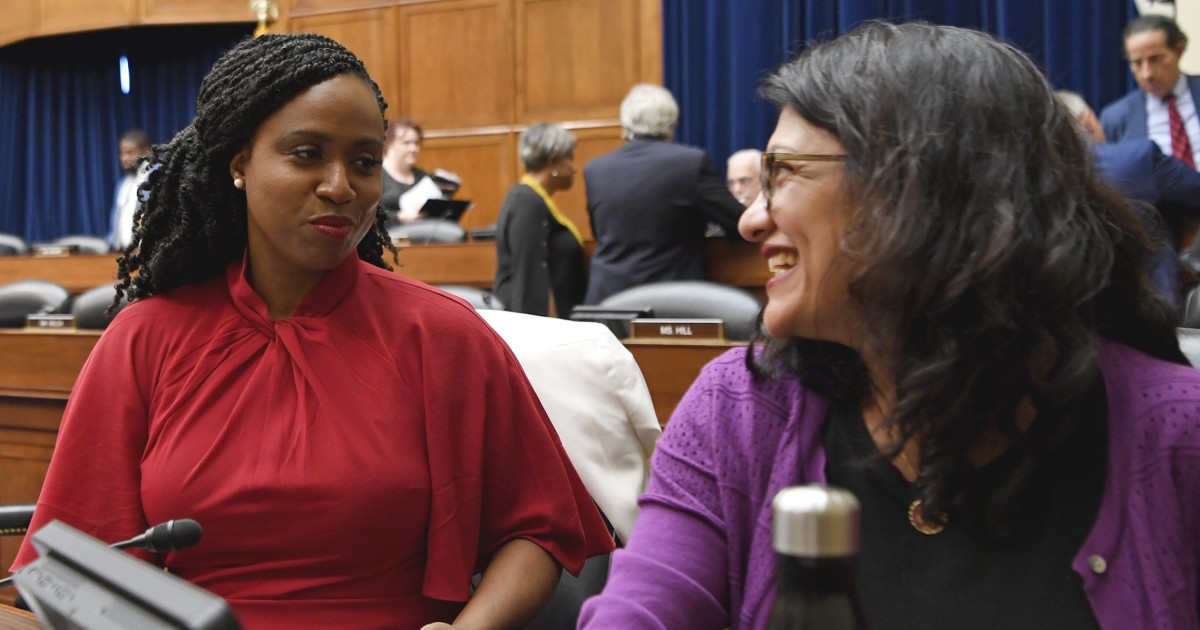 On Wednesday, the House Subcommittee on Economic and Consumer Policy held the first of two hearings investigating the role of Juul, the country’s largest e-cigarette company, in the alleged “epidemic” of youth vaping sweeping America’s high schools.

It’s understood that such hearings offer members of Congress an opportunity to grandstand with righteous indignation or publicly emote with exaggerated sympathy. But Reps. Rashida Tlaib and Ayanna Pressley, half of the so-called ‘squad,’ managed to outdo the typical pantomime.

Slamming Juul, both agreed “we don’t need more studies,” into e-cigarettes — a refrain heard only from those uninterested in having their prejudices challenged by reality. Beyond displaying a cavalier approach to evidence-based policy, Tlaib went on to make the extraordinary claim that Juul is “killing” people.

According to the National Academies of Sciences Engineering and Medicine, the Royal College of Physicians, the American Cancer Society, and numerous public health experts and bodies around the world, smokers who switch exclusively to vaping are reducing their risk of death and disease.

Even the previous head of the Food and Drug Administration, Scott Gottlieb, who helped whip up the moral panic around e-cigarettes, said, “If we could switch every adult smoker to an e-cigarette, it would have a profound public health impact.”

Given Tlaib and Pressley’s faith in government-run healthcare, one would hope they’d be aware of what the world’s biggest provider of socialized medicine has to say about e-cigarettes. The U.K’s National Health Service actively promotes vaping as a dramatically safer alternative to smoking, even allowing vape shops to open inside hospitals.

Read More:  Protein-linked sugars are crucial for the uptake of proteins linked to Parkinson's disease

These facts were, however, lost on Democratic members, with Wednesday’s hearing focusing on Juul’s marketing practices and the specter of youth nicotine addiction. But it’s not nicotine which kills 480,000 Americans every year. It’s the smoke from combustible cigarettes. The great public health pioneer Michael Russell put it best when he said: “People smoke for nicotine and they die from the tar.”

More than 2 million Americans smokers have switched from cigarettes to vaping as have millions more around the world. Far from killing people, e-cigarette companies will have saved more lives in the two-and-a-half hours Democrats spent berating Juul than either Pressley or Tlaib will in their lifetime.

Groping for the half-remembered cliches of the 1990s tobacco wars isn’t a sign of bravery; it’s an endorsement of the already dangerous misperceptions around vaping.

According to a study published earlier this year, the proportion of adults who believe e-cigarettes are more dangerous than cigarettes more than tripled from 2012 to 2017. During the same period, the percentage who believed e-cigarettes are just as harmful as cigarettes rose sharply. The real-world consequence of such perceptions is that fewer people are switching away from smoking than would be if they were accurately aware of the benefits.

The germ of truth in Wednesday’s hearing was that in 2018, there was a troubling rise in the number of youth using e-cigarettes. More than 20% of high schoolers reported vaping at least once in the past month, with around 6% vaping regularly. It should be noted that just 0.6% of kids who had never used any other tobacco product reported vaping regularly. These figures are worrying nonetheless, especially as they will probably rise again this year.

No one wants kids to be vaping or using any other adult product, like alcohol or marijuana. Students who pick up vaping and find themselves dependent on e-cigarettes should be helped and, more importantly, prevented from getting these products in the first place.

The tragedy is that instead of focusing on this point of near-universal agreement, we find ourselves in a position where most public health experts acknowledge vaping is safer than smoking and is effective at helping smokers quit, but daren’t say so for fear that teens will start vaping.

As Dr. Lynn Kozlowski, professor of community health and health behavior at Buffalo’s School of Public Health put it, “wanting no child to vape does not justify evasion or misinformation on differential harms of products that they should ‘not use,’ but are using.”

Guy Bentley (@gbentley1) is a contributor to the Washington Examiner’s Beltway Confidential blog. He is director of consumer freedom at the Reason Foundation.