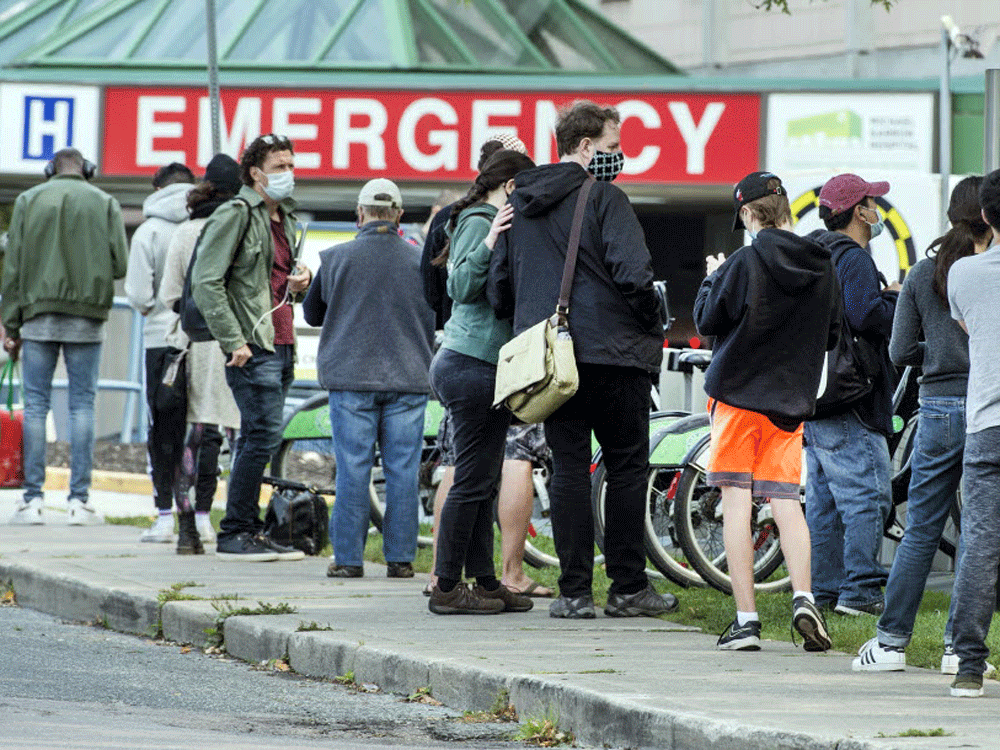 With schools starting back up again and businesses largely open, the challenges are more difficult than in March or April, because we’re starting at a baseline of greater exposure risk, he said. “And I think people really need to recognize that.”

In March, there was a “captive sense of fear” and dread, Sharkawy said, an uncertainty of what lay ahead. We averted “catastrophe” by following public health advice.

Now, “there’s been a sense of smugness, frankly, that in Canada, because we’ve got decent leadership and very strong public health guidance comparatively to our neighbours to the south, that somehow we’ve gotten away with this and there is nothing else we need to concern ourselves with.

“That’s an extremely dangerous attitude to have, and one we hold at our peril,” Sharkawy said.

But others say we need to avoid alarming people across the board. “People in areas where there is a higher risk, they should be made aware,” said Dr. Dominik Mertz, an infectious diseases expert at McMaster University in Hamilton.

We apologize, but this video has failed to load.