It’s January and let’s face it, we are all knackered after our festive holiday. Healthista’s Nutritional director Rick Hay explains five natural ways we can boost our energy levels

According to the poll of over 2,000 UK adults released last year, shorter days (66%) and the colder weather (62%) are the top reasons for feeling weary, with a lack of sleep (33%) also contributing towards Britain’s burn-out.

Over a third (36%) of Brits felt most fatigued in February compared to any other month of the year.

So let’s start with the absolute basics, if you are not achieving adequate, restorative and restful sleep, then you’ll most probably be feeling tired, groggy and exhausted.

Lack of sleep can stem from stress, anxiety and looking at too many phone and computer screens, especially if you do so right before bed.

But there may be some other sneaky reasons other than high stress and lack of sleep, that could be causing your depleted energy levels and some simple solutions.

Diet clearly has a major impact on our metabolic process, both in terms of the types of macronutrients and food we eat but also the amount of time we take to eat.

Nowadays, we are fully aware that diets high in sugar, caffeine and overly processed foods play havoc with our blood sugar levels and this leads to a drop in our energy levels that cause you to feel irritable in the short-term and exhausted over time.

Does your diet consist of sugary and processed foods?

Not just that, we are also super busy, so we rush our meals, or eat at crazy o’clock in the evening after getting home late from work.

There are many reasons other than simply being busy that lead us to eat too much of the wrong kinds of foods, including culture, lifestyle, access to cheap, poor quality food and addictions to substances such as coffee and sugar.

A study published in an issue of Physiology & Behavior in 2014, found that eating sugary, processed, and high-fat foods can actually cause tiredness, a lack of motivation and decreased performance.

32 female rats were placed on one of two diets for six months. The first was a standard rat’s diet of unprocessed foods like ground corn and fish meal. The second was made up of highly processed foods that included substantially more sugar, similiar to a human junk food diet.

Read More:  Number of people dying in England and Wales drops BELOW average for the first time since March

After three months, the 16 rats on the junk food diet became much fatter than the others and lazier too. 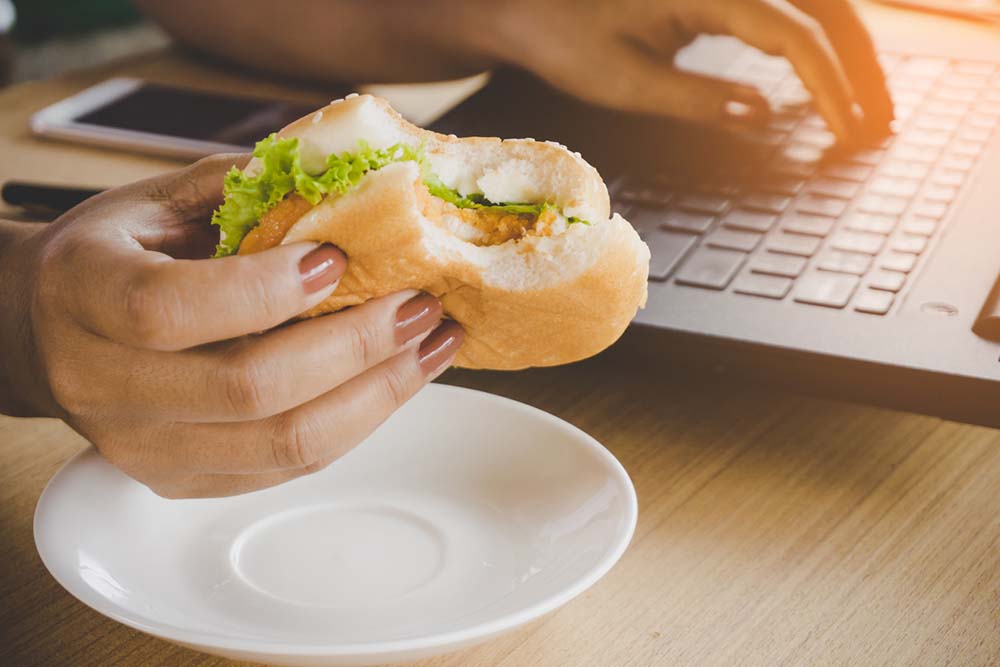 Aim to eat more wholesome foods, such as vegetables, wholegrains, fruit and make any sauces from scratch.  Shopbought sauces can contain hidden sugars and additives that will affect your blood sugar levels and therefore your energy levels.

Many hidden sugars and stimulants are found in fizzy and some energy drinks.

Choices of drink are also important to look out for. Many hidden sugars, artificial sweeteners and stimulants are found in fizzy and some energy drinks.

As well as choosing the right foods, be aware of how quickly you are eating and where you are eating. Be a ‘mindful eater’, enjoy your food, don’t rush it.

Also, try not to eat at your desk, by moving away from you desk you will be reducing environmental stressors and therefore reducing the impact stress could have on your metabolic process.

ATP (Adenosine Triphosphate) is the primary fuel our bodies use, it’s actually the energy carrier in all living organisms on earth and magnesium is essential in the production of ATP.

Low energy levels and fatigue have been linked to low magnesium levels within the body because magnesium is needed for the body to produce ATP.

Magnesium can be found in nuts, wholegrain seeds and green leafy vegetables.

The body can use magnesium for over 300 reactions that regulate blood pressure, muscle contraction and energy production – to name just a few.

A number of studies have evaluated the association between magnesium supplementation and exercise performance and found that the need for magnesium increased as individuals’ physical activity levels went up.

This means that because more energy was needed for physical activity, more magnesium was also needed. 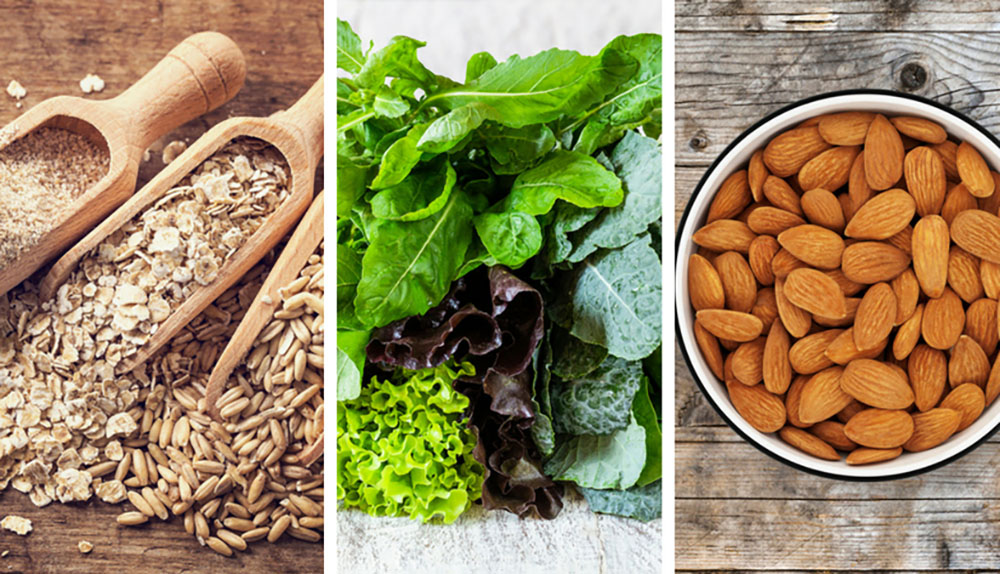 Grains, nuts and leafy greens are all food sources of magnesium

Magnesium can be found in nuts, wholegrain seeds and green leafy vegetables such as spinach and kale. However, nowadays Western diets are often lacking in magnesium.

At Healthista, we are always talking about magnesium and there is a reason for this – it really is the go-to mineral that can help with all sorts of health and fitness needs.

Read More: 9 symptoms of magnesium deficiency that could be ruining your life

In fact, a government funded UK Diet and Nutrition Report, showed that more and more of us have below optimal intakes of magnesium, with teenage girls and the over 60s being at particular risk of deficiency.

Moreover, diets that include an excess of processed foods and bad fats such as those found in takeaways, donuts and commercial vegetable oils as well as refined sugars can all decrease our magnesium levels.

Iron is another essential mineral that is needed to help fight fatigue and boost energy. The major reason we need iron is because it helps to transport oxygen throughout our bodies, and without sufficient oxygen in the body, you’re going to experience tiredness and fatigue.

According to the NHS, shortness of breath, pale skin, tiredness and heart palpitations are among the most common symptoms of iron deficiency.

This can affect everything from your brain function to your immune system’s ability to fight off infections. Plus, too little iron in the body deprives the tissues of energy, leaving you exhausted as your body tries to take energy from wherever it can.

In fact, according to the NHS, shortness of breath, along with pale skin, tiredness and heart palpitations are among the most common symptoms of iron deficiency. 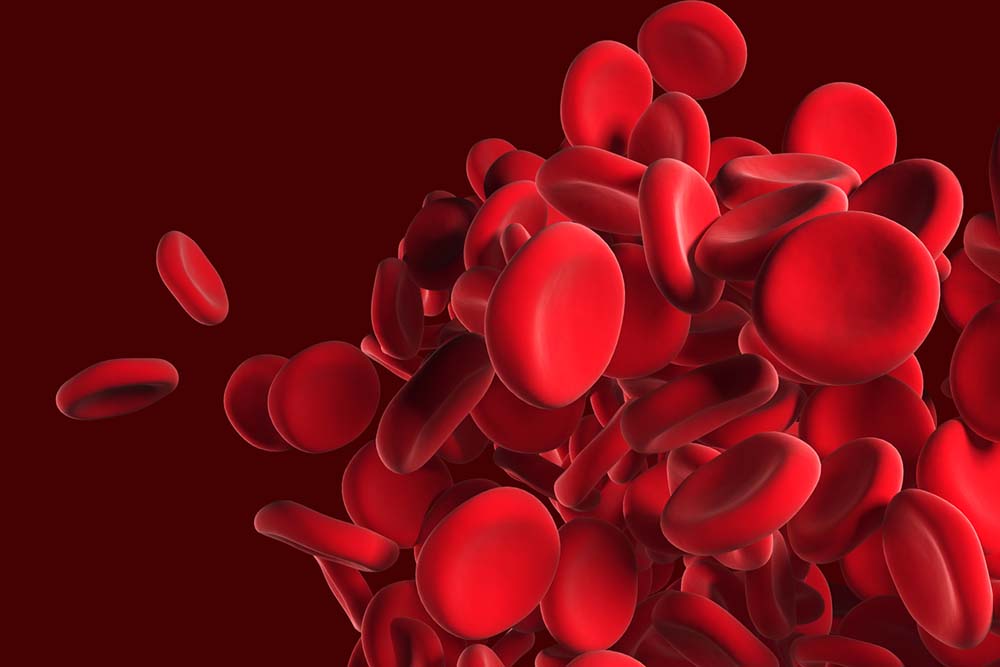 Eating an iron-rich diet can increase your body’s production of red blood cells.

Eating an iron-rich diet can increase your body’s production of RBCs. Sources of iron-rich foods include red meat, such as beef, organ meat, such as kidney and liver and dark, leafy, green vegetables, such as spinach and kale.

Dried fruits, such as prunes and raisins are also high in iron, as well as beans, legumes and egg yolks. Vegan sources of iron include lentils, beans, nuts, seeds and chickpeas.

Research published in the Danish Medical Journal in 2014 revealed that half of patients who were critically iron deficient, experienced physical tiredness as their key symptom.

Fortunately, that same research also found that supplementation with iron was significantly effective in relieving symptoms of physical tiredness.

B vitamins are important for energy production and hormone production as well as for supporting the nervous system – especially when you’re stressed. They’re also required for the release of energy from food .

B vitamins are also necessary for the circulatory and immune systems and help to maintain the health of our skin, hair and eyes. So they are pretty important wouldn’t you say?

Sources of B vitamins include, broccoli, avocados, lentils, almonds, eggs, cheese and seeds are all good sources.

It may also be a good idea to increase your B vitamin intake with a supplement. 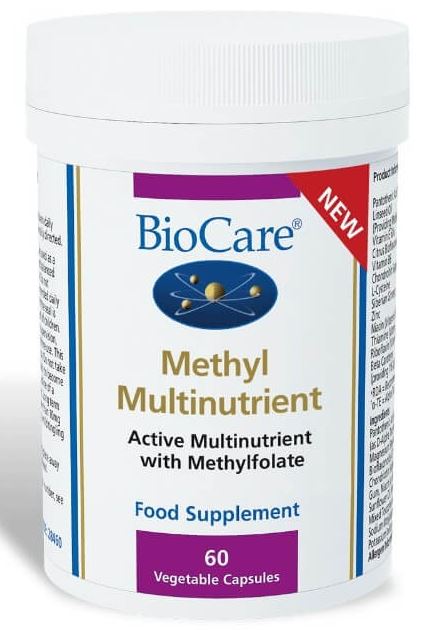 Similarily, Biocare’s AD 206 contains vitamin B6, niacin and pantothenic acid with Siberian ginseng, licorice root and chromium. Chromium contributes to the maintenance of normal blood glucose levels. (Take 1 cap daily to help energy production and to reduce tiredness and fatigue).  It also contains vitamins B3, B5, B6 and C which all contribute to normal energy metabolism and the reduction of tiredness and fatigue.

Traditionally the botanicals gotu kola, ginkgo, licorice and Siberian ginseng have all been used to help with stamina and low energy levels.

Specifically, ginseng may contribute to physical and mental recovery and assist with mental performance. Siberian ginseng can be found in both herbal teas and some supplements.

Results showed that those who supplemented with Siberian ginseng had improved endurance capacity (levels) and elevated cardiovascular functions.

Adaptogens (group of herbs that help to decrease stress levels) such as gotu kola, ginkgo biloba and licorice root may also help with sleep and more energy and cognitive function.

Depressed? Anxious? These 10 nutrients are proven to help

3 energy tips this TV doctor wants you to know

How to lose weight: ‘I lost a stone on the F45 8-week Transformation’