‘Trump is making me fat’: Democrats like Barbra Streisand are more likely to ‘eat their feelings,’ drink their sorrows and blow off steam at the gym to cope with midterm election stress

Barbra Streisand is so upset by the state of American politics that she’s taken to stress-eating pancakes and it is making her gain weight, she told the New York Times in a recent interview.

And according to a new survey, she’s not alone.

People who identify as Democrats – which Streisand adamantly does – said they are ‘eating their feelings’ to cope with the political climate in response to a new survey conducted by YouGov on behalf of the health tracker app, Daily Burn.

Democrats were also about twice as likely to admit to drinking more as they look ahead to the polls.

But left-leaning coping mechanisms weren’t all bad. While Republicans were less likely to indulge their vice, Democrats were 40 percent more likely to be letting off steam and stress by working out. 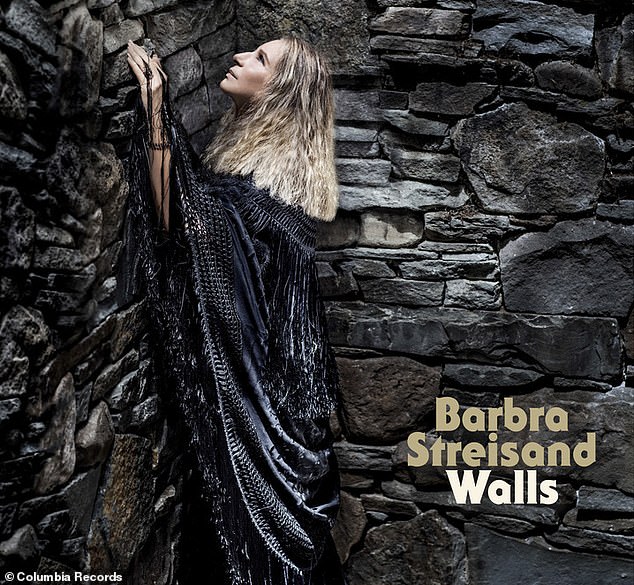 Streisand describes the album she released today, Walls, as ‘anti-Trump.’ Eating and singing have both been outlets for the musical icon’s political stresse

Stress affects each of us in different ways, but it seems that political stress is affecting all of us in some way.

Earlier this year the American Psychological Association (APA) published the findings of its 2016 survey on stress.

Two thirds of Americans said that politics was fraying their nerves, no matter which side of the aisle they sat on. Even teenagers and youth in the US cite politics a stressor.

As a society, we’re more stressed than ever, and we’ve learned that stress is damaging to our brains, bodies and long-term health.

But there are plenty of immediate symptoms and signs of stress, and we tend to act out in particular ways as a result.

And one of the first behaviors to change is appetite. Some people lose all desire for food in tense times, while others have trouble controlling themselves.

Barbra Streisand falls unabashedly into the latter category, as she first confessed to Twitter in March.

‘Donald Trump is making me gain weight. I start the day with liquids but after the morning news, I eat pancakes smothered in maple syrup!’ she tweeted in March 2017.

And it’s an ongoing problem.

Streisand has been so incensed by the Trump administration that she released a Walls, a new album protesting the President, today – and continues to (possibly over-) eat pancakes. 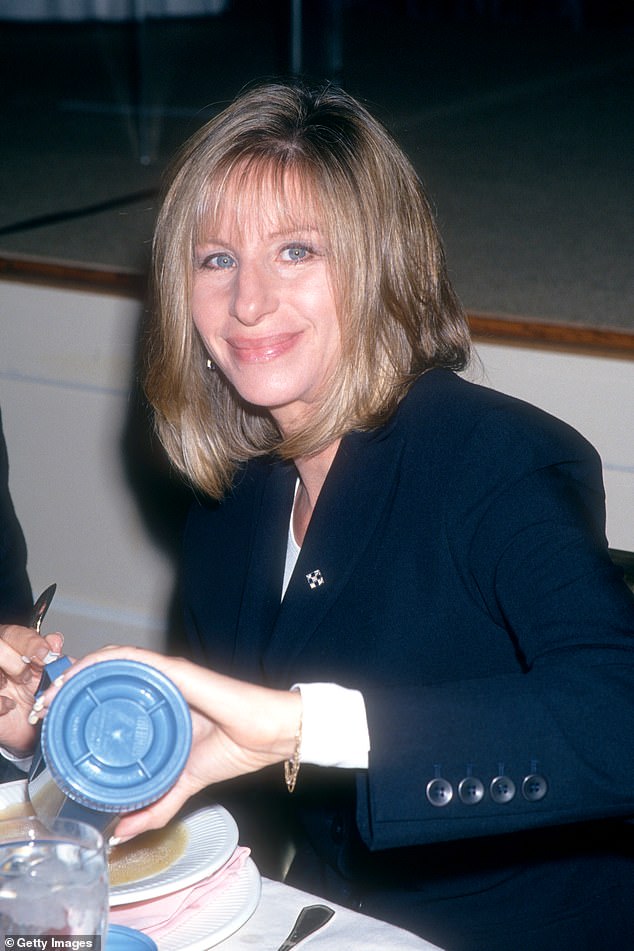 Streisand has long been engaged pancakes and politics alike. In this 1994 photo, the musical icon serves herself soup at a political luncheon (file image)

If Democrats don’t win a majority of the House of Representatives in next week’s elections, Babs told the New York Times she’ll either flee to Canada, or keep right on with the pancakes.

‘I’m so saddened by this thing happening to our country. It’s making me fat. I hear what he said now, and I have to go eat pancakes now, and pancakes are very fattening,’ she said.

But, reassuringly, she added that she makes them ‘with healthy flour, though – almond flour, coconut flour.’

Researchers think that the stress hormone may increase general appetite.

And sugary and fatty foods seem tickle our brains into releasing the feel-good neurochemical, dopamine, which has the opposite effect of stress.

So the comfort food effect is real, but that doesn’t mean Democrats (or you) should rely too heavily on it in these final days before the midterm elections.

Emotional eating can become the start of a vicious cycle and, as Babs noted, the weight you might gain doesn’t come off nearly as easily as the pancakes go down.

Harvard University advises meditation, social support and (as Daily Burn would undoubtedly be glad to hear), exercise to combat stress and keep the comfort food cravings in check.