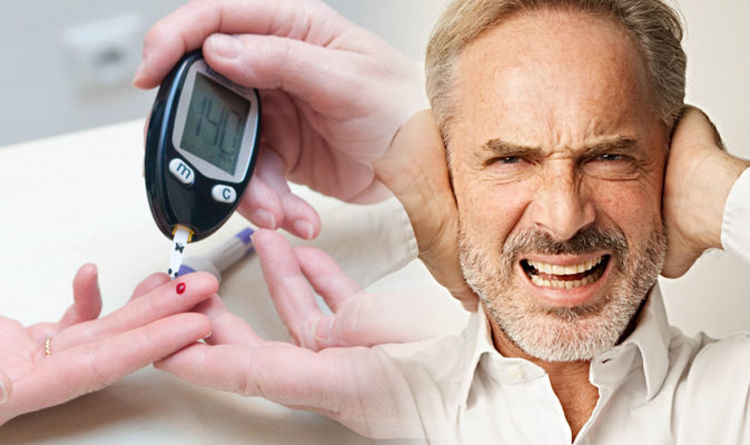 Type 2 diabetes is usually the result of poor diet choices, but many people may not realise they have the condition because symptoms don’t necessarily make a person feel ill.

If the condition is left untreated, health complications such as heart attack and stroke, nerve damage and kidney problems can occur.

Increased thirst, peeing more than usual and blurred vision are some of the symptoms that can indicate type 2 diabetes.

But one sign to be wary of, that many people don’t associate with the condition, is hearing loss and deafness.

Hearing loss is a very common condition that usually develops gradually with age.

It’s often the result of repeated exposure to loud noise.

But hearing loss has also been linked to diabetes in various research studies, according to Diabetes.co.uk.

It explains: “Health experts and medical researchers have debated the possible link between diabetes and hearing loss since the 1960s and early attempts to establish such as association were not very convincing.

“But in recent years there has been growing evidence to suggest diabetes contributes to hearing loss.”

So how does diabetes cause hearing loss?

The diabetes expert says while it is unknown exactly why hearing loss is more common among people with diabetes, autopsy studies of diabetes patients suggest the association is caused by neuropathy (nerve damage).

Neuropathy is a common complication of type 1 and type 2 diabetes.

It says: “Researchers believe prolonged high blood glucose levels may lead to hearing loss by affecting the supply of blood or oxygen to the tiny nerves and blood vessels of the inner ear.

“Over time, the nerves and blood vessels become damaged, affecting the person’s ability to hear.”

Common signs and symptoms of hearing loss, according to the NHS, include:

Other symptoms of type 2 diabetes include:

A particular feeling in your hands could also indicate the condition.

The health body advises to see a GO if you have any of the symptoms of type 2 diabetes or if you’re worried you ay have a higher risk of getting it.

It explains: “Your GP can diagnose diabetes. You’l need a blood test, which you may have to go to your local health centre for it can’t be done at your GP surgery.

“The earlier diabetes is diagnosed and treatment started, the better. Early treatment reduces your risk of other health problems.”