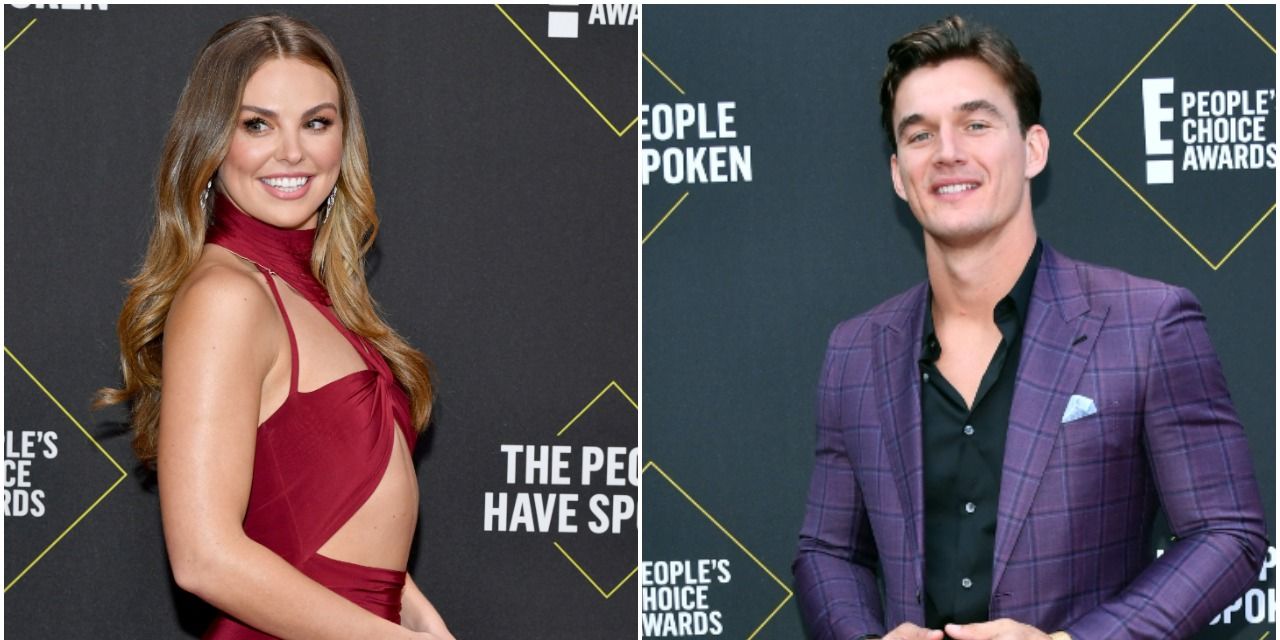 The Bachelorette’s Hannah Brown and her ex-boyfriend Tyler Cameron both showed up at E!’s People’s Choice Awards, which could be kinda awkward…ya know…considering their history. But according to Us Weekly, Hannah and Tyler ran into each other before the show and chatted.

“I actually saw him and his mom and I said hello to them,” she said. “So I think it’s really sweet that he brought his mom.”

Hannah also said she wasn’t stressed about seeing her ex: “I think I have so much going on right now. I mean, I came straight from practice for the show tomorrow, so there’s no place for nerves and honestly, I’m just really focused on myself right now and I’m just really glad that I am able to be here and to celebrate the nomination of the award.”

By the way, anyone else think the PCAs are fully trolling Tyler and Hannah? Not only were they nominated in the same category, they were also seated at the same table.

Naturally, fans are hard-core rooting for Tyler and Hannah to get back together in the wake up his breakup with Gigi Hadid (who he dated right after The Bachelorette). Tyler was even asked about their status by Us Weekly, cryptically saying, “I don’t know about the future. I’m just trying to worry about today and tomorrow, you know?”