NVEMSC as well as several other groups made job postings for screeners earlier this year, and the NVEMSC coordinator says that all of its positions have been filled.

In August, the calls for similar jobs began appearing unceremoniously on LinkedIn and Careerbuilder.com, made by several groups that appear to contract with the US government, including Caduceus Healthcare.

And the Los Angeles County Department of Public Health was recently in search of a nurse to oversee ‘biothreat responses,’ including to Ebola, reported the Epoch Times.

The spate of screener hirings follow the World Heath Organization’s (WHO) July declaration that Ebola is a public health emergency of international concern (PHEIC), only fifth time the agency has made the designation was introduced following the 2002-2003 SARS outbreak.

No cases linked to the current outbreak have been reported in the US, but the increased screenings come as the Bahamas announced yesterday that it is on ‘high alert’ for the arrival of Ebola. 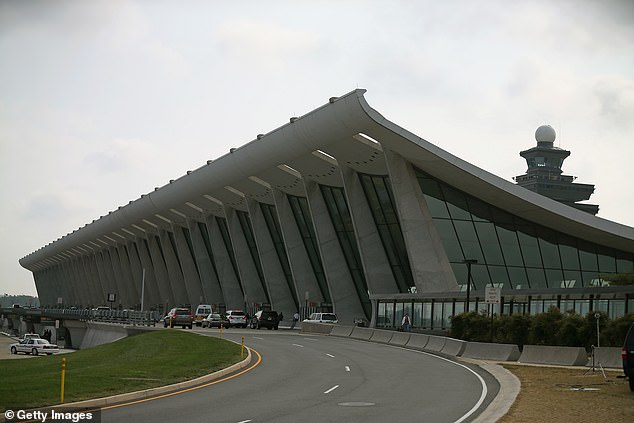 Read More:  What is stroke level for blood pressure

Since the current outbreak of the deadly virus began in the Democratic Republic of Congo (DRC) in August 2018, more than 3,000 people have been infected and over 2,000 have died.

There have been no reports of Americans infected as a result of the current outbreak, though in 2014, four US citizens contracted the disease.

However, the disease has spread to Uganda and Guinea, the World Health Organization, a key trigger for the WHO to declare the virus a PHEIC.

Now, the Washington, DC hub is looking for someone with an emergency medical services license, training as an EMT, paramedic or nurse and experience working with bloodborne pathogens to screen passengers for Ebola.

However, ‘no direct contact with screened passengers is required,’ according to the job posting, suggesting that the screeners are examining blood or perhaps saliva samples from travelers.

On the contrary, the Daily Star reported a similar job posting that said the job will entail ‘screening passengers that have traveled back from Ebola-affected nations.

‘This will include checking vital signs, temperature and having passengers filling [sic] out questionnaires.’

So far this outbreak, there has been little immediate threat of Ebola in the US.

One Liberian national, a doctor, who visited the US during the outbreak to visit family in Dallas, Texas, was diagnosed with and ultimately died of Ebola.

Two nurses that treated the man also contracted the virus, which causes diarrhea, fever and body aches in its early stages, but later damages the organs and prevents the blood from clotting.

Another physician who had been working in Guinea in West Africa with Doctors Without Borders was also diagnosed with the disease upon his return to New York City.

But he was ultimately released from the hospital and no new cases have been reported on US soil since.

When the DRC declared its outbreak on August 1, 2018, the US immediately deployed emergency responders.

But the area has been one mired in conflict and continues to be and, as a result the US has intermittently pulled back its staff from locations in need.

In fact, one treatment clinic was even attacked in February of this year.

Conflict, displaced people, distrust of medicine and even beliefs that Ebola is an elaborate hoax have delayed aid and vaccination against the virus, allowing it to spread in the region and even beyond borders.

So far, the disease has mostly been confined to West Africa.

But that doesn’t mean other locations around are unconcerned.

In the aftermath of Hurricane Dorian, international aid workers are travelling to the Bahamas, prompting the government to set the country’s Ebola risk level to ‘high.’

Japan, expecting an even more unusual deluge travelers for the 2020 Summer Olympics in Tokyo, went so far as to intentionally import samples the Ebola virus – as well as several other highly contagious viruses – in order to develop accurate tests, vaccines, treatments and responses to potential bioterror attacks.

WHAT IS EBOLA AND HOW DEADLY IS IT?

Ebola, a haemorrhagic fever, killed at least 11,000 across the world after it decimated West Africa and spread rapidly over the space of two years.

That epidemic was officially declared over back in January 2016, when Liberia was announced to be Ebola-free by the WHO.

The country, rocked by back-to-back civil wars that ended in 2003, was hit the hardest by the fever, with 40 per cent of the deaths having occurred there.

Sierra Leone reported the highest number of Ebola cases, with nearly of all those infected having been residents of the nation.

WHERE DID IT BEGIN?

An analysis, published in the New England Journal of Medicine, found the outbreak began in Guinea – which neighbours Liberia and Sierra Leone.

Read More:  How much is a low oxalate diet

A team of international researchers were able to trace the epidemic back to a two-year-old boy in Meliandou – about 400 miles (650km) from the capital, Conakry.

Emile Ouamouno, known more commonly as Patient Zero, may have contracted the deadly virus by playing with bats in a hollow tree, a study suggested.

HOW MANY PEOPLE WERE STRUCK DOWN?

Figures show nearly 29,000 people were infected from Ebola – meaning the virus killed around 40 per cent of those it struck.

Cases and deaths were also reported in Nigeria, Mali and the US – but on a much smaller scale, with 15 fatalities between the three nations.

Health officials in Guinea reported a mysterious bug in the south-eastern regions of the country before the WHO confirmed it was Ebola.

Ebola was first identified by scientists in 1976, but the most recent outbreak dwarfed all other ones recorded in history, figures show.

HOW DID HUMANS CONTRACT THE VIRUS?

Scientists believe Ebola is most often passed to humans by fruit bats, but antelope, porcupines, gorillas and chimpanzees could also be to blame.

It can be transmitted between humans through blood, secretions and other bodily fluids of people – and surfaces – that have been infected.

IS THERE A TREATMENT?

The WHO warns that there is ‘no proven treatment’ for Ebola – but dozens of drugs and jabs are being tested in case of a similarly devastating outbreak.

Hope exists though, after an experimental vaccine, called rVSV-ZEBOV, protected nearly 6,000 people. The results were published in The Lancet journal.