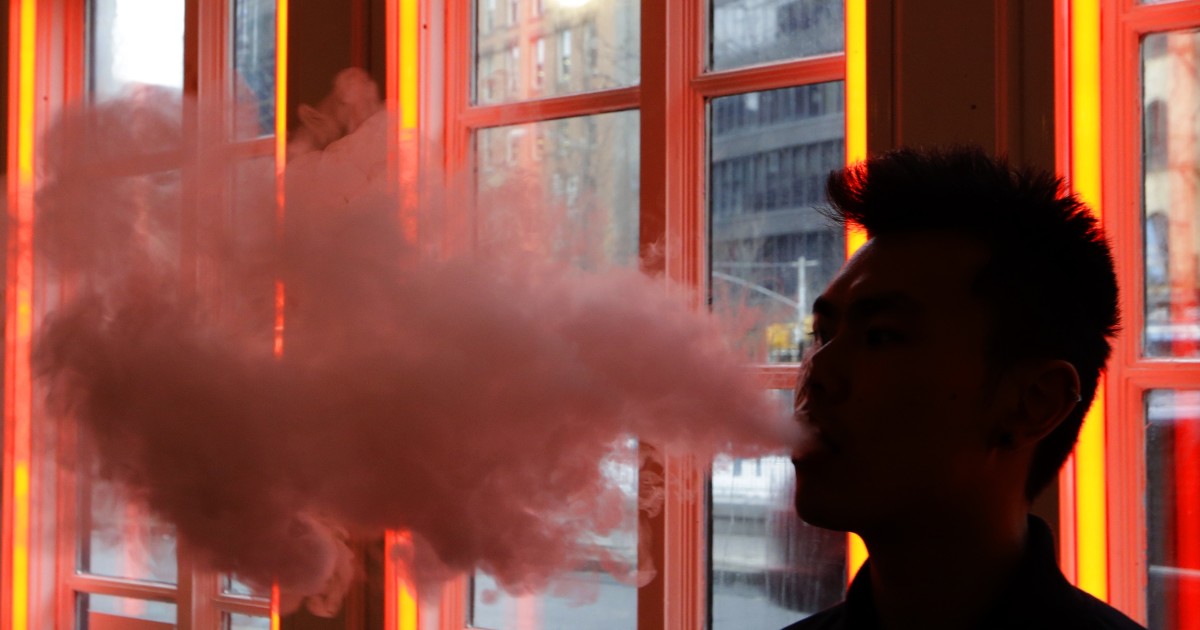 President Trump’s proposed ban has not yet been finalized, but the Food and Drug Administration is expected to release guidelines for selling e-liquids as well as removing flavors from the market soon. While they wait, national and state groups that represent both vape users and the small businesses that sell vaping products are creating a grassroots movement to fight the final ban and assert a right for adults to use flavors in vaping devices.

Groups such as the Consumer Advocates for Smoke-Free Alternatives Association, which represents over 250,000 individual members, give updates about new legislation aimed at doing away with flavored vaping liquids and coach members to share their feedback with legislators either in person or by filing a witness slip, on which they write out their grievances with specific bills.

“A lot of our calls to action involve one or more things: knowing your legislators, calling them, attending hearings, signing a witness slip,” Julie Woessner, director of national policy at the CASAA, told the Washington Examiner.

Vaping use, according to advocates at the CASAA, is part of a tobacco harm reduction initiative for adults who need to quit smoking regular cigarettes. They say banning flavored e-cigarettes would undercut progress in getting adults to move to much safer alternatives.

Trump’s proposed ban on e-liquid flavors, however, is a response to the high number of teenagers who use flavored tobacco products. Teens and adults alike enjoy using flavored e-liquids, most of which taste like candy or fruit, and underage vaping is soaring. Recent data from the Centers for Disease Control and Prevention indicates that in 2018, about 3.15 million teens in both middle school and high school used flavored tobacco products. While Woessner acknowledged that youth use is a problem, she said that taking away the products that keep adults away from cigarettes might be a bigger one.

Read More:  Don’t Put All Your (Frozen) Eggs in One Basket

“Our messaging is that certainly youth use is a concern. And while it’s concerning, I’m also concerned about other risky behavior that youth are engaged in, like drinking, texting and driving, risky sex,” Woessner said. “We’re ignoring the needs and rights of adults to make more choices in their lives.”

Denying adults the ability to vape may have ramifications for the 2020 elections, vaping advocates say. Vape users are single-issue voters, Woessner said, and if the administration passes the measure to ban flavors, vapers will show their dissatisfaction at the ballot box. Part of the grassroots initiative includes pushing politicians to protect the right to vape.

“People who voted for Trump felt he supported the free market, small businesses, consumer choice. And now he’s going to preside over the most massive dismantling of an industry pretty much ever. And it’s pretty much betrayal,” Woessner said.

State-level group leaders, in addition to members of national groups such as the CASAA, also anticipate a shift in votes from Trump to a candidate who will support vaping rights. Stacey Hamilton, president of the Breathe Easier Alliance of Alabama, is one of many at the state level encouraging member vaping businesses in her state to contact Alabama lawmakers about a possible flavor ban.

“Vapers are one-issue voters. I am a member of the LGBT community and I would vote more middle-of-the-road on issues,” Hamilton told the Washington Examiner. “I voted for Donald Trump. I will not vote for him if this flavor ban happens.”

The BEAA organized a rally of vape users in downtown Birmingham last week that brought about 150 people together. Bringing consumers and business owners together, Hamilton said, is part of the BEAA’s greater plan to “mobilize support from members and voters … who feel very passionately” about this.

Hamilton and other state-level group leaders are especially concerned about the businesses that sell flavored products to customers and depend on those profits to stay open. In Alabama, about 8,000 businesses, including smoke and vape shops, sell flavored e-liquids.

Perhaps the most compelling reason advocacy groups are more fired up than ever is that vaping, they say, has saved lives.

“We think that vaping is an alternative that’s safer and obviously there are no 20-year studies, but every study we have has said vaping is by far much safer,” Hamilton said. “And nobody’s claiming it’s 100% safe, but it’s a far safer alternative. We see the physical difference.”