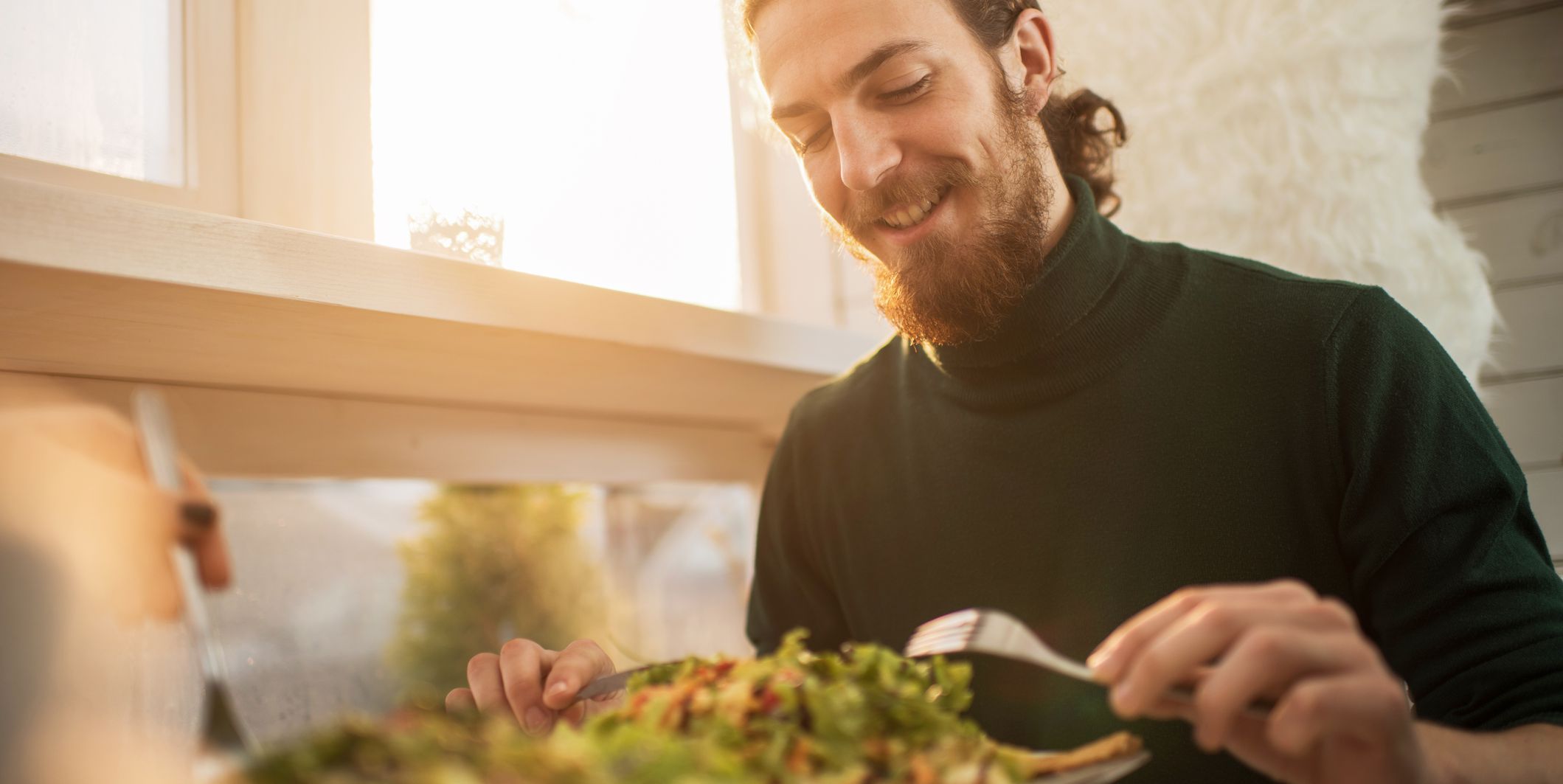 Scoff at the guy ordering an oat milk latte and vegan breakfast burrito all you want, but he may just live longer than you. At least according to one new study.

It’s not exactly news that bypassing meat could prolong your life since past research has linked plant-based diets to a decreased risk of cancer, heart disease, and blood pressure. The latest study, published in The Journal of Nutrition, looked at how various diets impact biomarkers, like antioxidants such as carotenoids. They found that vegans have the most antioxidants in their bodies, presumably because they eat more vegetables and fruit.

Here’s how they determined that vegans may live the longest:

The study included 840 people who followed five eating styles, which included the following: vegans (no animal products consumed). lacto-ovo vegetarians (eggs and dairy are allowed but fish and meat are off-limits), pesco-vegetarians (people who eat fish but not meat), semi-vegetarians (meat is consumed less than once a week, but more than once a month), and non-vegetarians.

Turns out, vegans had the highest levels of carotenoids (an antioxidant), as well as isoflavones, and enterolactone, a compound that may decrease inflammation. Higher levels of chronic inflammation are linked to range of diseases, including cancer.

Vegans also had more omega-3 fatty acids in their bodies, which may come as a surprise because the nutrient is typically associated with fish. However, walnuts, flaxseeds and chia seeds are all plant-based foods with omega-3s. And while vegetarians had similar biomarkers, the results for semi-vegetarians wasn’t drastically different from those who ate meat.

Read More:  Savannah Guthrie Says the Keto Diet Made Her 'Mind Sharp' But Left Her Body with 'Less Energy'

Of course, this isn’t to say you should give up meat if you want to live longer. Participants reported dietary and lifestyle habits, which always leaves room for error. But this study is a good push to include more fruits and vegetables in your diet.