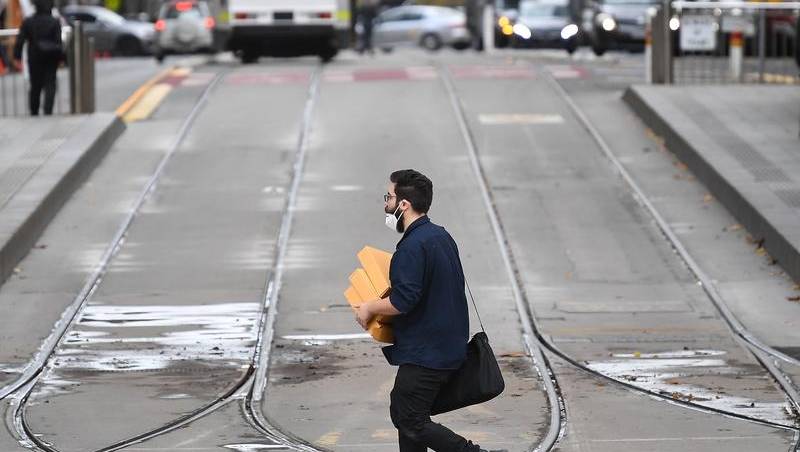 Victoria has recorded four new locally acquired cases of coronavirus on the first day of its seven-day, statewide lockdown.

Acting Premier James Merlino confirmed the new cases are linked to the City of Whittlesea cluster, which now stands at 30 cases.

There were also two new cases in hotel quarantine, bringing the total number of active cases in the state to 39.

“This is exactly the sort of numbers we want to see each and every day,” Mr Merlino said.

Some 1452 are considered primary close contacts.

There are more than 150 exposure sites across Melbourne and regional Victoria.

Mr Weimar said authorities were was particularly concerned about five sites – the Sporting Globe in Mordialloc, Three Monkeys and Somewhere Bar in Prahran, Palace Hotel in South Melbourne and The Local in Port Melbourne.

“They are … places where we expect to see significant numbers of people in close proximity, dancing, singing, doing what they do,” he said.

One person caught the virus at the Sporting Globe in Mordialloc, making it the first case of community transmission in the outbreak.

Mr Merlino also revealed he would get the Pfizer COVID-19 vaccine later on Friday after the state opened up eligibility to Victorians aged 40 to 49.

He said there was incredible demand for the vaccine in that age group, with the state’s coronavirus hotline inundated with calls immediately after it was announced vaccination eligibility would be broadened.

Read More:  Seven things it is perfectly acceptable NOT to feel guilty about during lockdown

Mthan 77,000 calls flooded the hotline in a 15-minute window on Thursday before “technical issues” were resolved.

Mr Weimer 10,000 bookings were confirmed on Thursday, while more than 2000 bookings before 9am on Friday.

Mr Weimar said there were also plans to create a website for vaccine bookings.

The lockdown is set to end at 11.59pm on June 3, although the acting premier has flagged it could end earlier.

People can only leave home for five reasons: to shop for food and essential items, to provide or receive care, for exercise, work or study, or to get vaccinated.

Victorians must observe a five-kilometre travel limit for exercise and shopping, and compulsory wearing of masks both indoors and outdoors.

All non-essential shops are closed but essential stores such as supermarkets, bottle shops and pharmacies remain open, with shopping limited to one person per day, per household.

Cafes and restaurants can only offer takeaway.

Childcare and kindergarten facilities will stay open but schools are going back to remote learning for most students. State-run schools are having a pupil-free day on Friday to prepare for the switch.

The lockdown is expected to cost Victorian businesses up to $ 1 billion.

Federal Health Minister Greg Hunt on Friday confirmed the Commonwealth would not provide any financial support to affected businesses.

“At this stage, Victoria is the responsible body they have said that they will be providing additional support,” Mr Hunt told ABC Radio National.

Read More:  More current polio cases have been caused by vaccines than the wild virus: WHO report

“This is a difficult time, and I’ll leave those matters to the treasurer, but the Victorian government has indicated that they will be taking those measures.”

The ABC is reporting the state government will announce a $ 200 million package to support small businesses in Victoria.