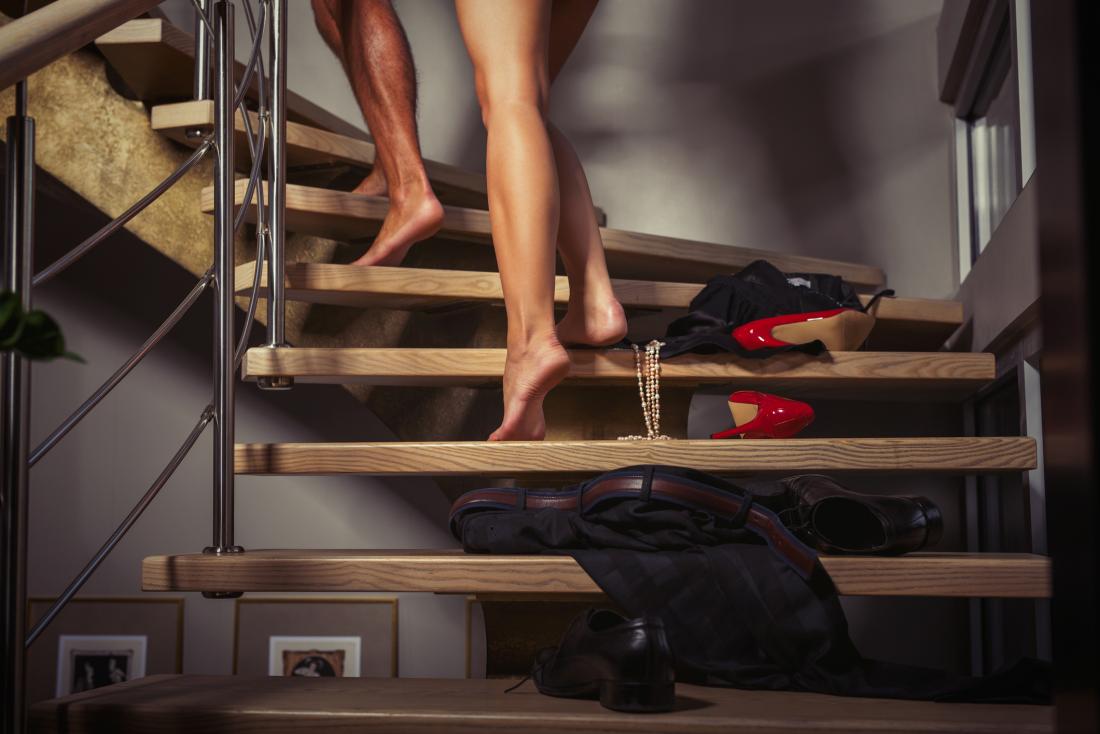 Although it can have a significantly negative impact on a person’s quality of life, whether compulsive sexual behavior qualifies as a medical condition is still a matter of debate, and the American Psychiatric Association do not yet recognize it as a “disorder.”

No clear data indicate just how many people around the world experience symptoms of compulsive sexual behavior, but older estimates suggest a prevalence of about 3–6%.

But does compulsive sexual behavior have any underlying biological factors, and if so, which?

Researchers have recently tried to find an answer to this question. The team is from the Uppsala and Umeå universities and Stockholm’s Karolinska Institutet — all in Sweden — as well as from the University of Zürich, in Switzerland, and the Sechenov First Moscow State Medical University, in Russia.

In their research, they decided to focus on the possible role that epigenetic mechanisms — mechanisms that can affect gene expression — may play in determining compulsive sexual behavior.

In their study paper — which appeared yesterday in the journal Epigenetics — the researchers explain that “An increasing number of studies suggest a significant role of epigenetic modifications […] on sexual behavior and human brain functioning.”

Read More:  Election Stress Getting to You? You're Not Alone

Thus, the team “set out to investigate the epigenetic regulatory mechanisms behind hypersexual disorder so [as to] determine whether it has any hallmarks that make it distinct from other health issues,” notes the study’s lead author, Adrian Boström.

To do this, the team recruited 60 participants — both male and female — who expressed compulsive sexual behaviors, as well as another 33 participants who did not.

The researchers collected blood samples from all participants and assessed patterns of DNA methylation — an epigenetic mechanism that plays a key role in gene regulation.

More specifically, the team assessed 8,852 regions of DNA methylation and the microRNAs — noncoding molecules — that they were associated with. The goal was to find out whether any epigenetic modifications were specific to the participants with compulsive sexual behavior.

The team found two specific DNA regions with particular modifications that were only present in individuals with compulsive sexual behavior. These were associated with MIR708 and MIR4456, the genes that encode the microRNA molecules of the same names.

One of these forms of microRNA, miRNA4456, normally helps regulate the expression of genes that are involved in the regulation of oxytocin, also called the “love hormone” because it is involved in sexual behavior and pair bonding.

Because the MIR4456 gene is affected in people with compulsive sexual behavior, this could mean that they produce unusually high levels of oxytocin, which may lead to unwanted symptoms. However, the researchers emphasize that, so far, this is only a hypothesis — they have not yet been able to confirm it.

“Further research will be needed to investigate the role of miRNA4456 and oxytocin in hypersexual disorder, but our results suggest it could be worthwhile to examine the benefits of drug[s] and psychotherapy to reduce the activity of oxytocin,” suggests one of the study’s co-authors, Prof. Jussi Jokinen.

In addition to this, the researchers compared these blood samples to another set, which they collected from a separate cohort of 107 individuals, 24 of whom had alcohol dependence.

With this second analysis, the investigators were aiming to find out whether there were any common patterns between the epigenetic profiles of the group with compulsive sexual behavior and those of the group with alcohol dependence. In short, they wanted to see if the former shared molecular pathways associated with addiction.

This comparison showed that individuals with alcohol dependence and those with compulsive sexual behavior both had under-methylation in the same DNA region. This, the investigators believe, may tie in to the presence of addiction-like symptoms in people who experience unwanted, persistent sexual impulses.

“To our knowledge, our study is the first to implicate dysregulated epigenetic mechanisms of both DNA methylation and microRNA activity and the involvement of oxytocin in the brain among patients seeking treatment for hypersexuality.”

Boström and colleagues do, nevertheless, note that their study encountered some limitations, including the fact that the mean difference in DNA methylation between individuals with and without compulsive sexual behavior is only 2.6%, approximately.

This, they admit, could mean that the impact is not important enough to actually influence individuals’ behaviors.

“There is, however, now a growing body of literature on specific genes suggesting wide ranging […] consequences of subtle methylation changes (1–5%), especially in complex multifactorial conditions like depression or schizophrenia,” the researchers conclude, suggesting that further studies should not overlook their findings.