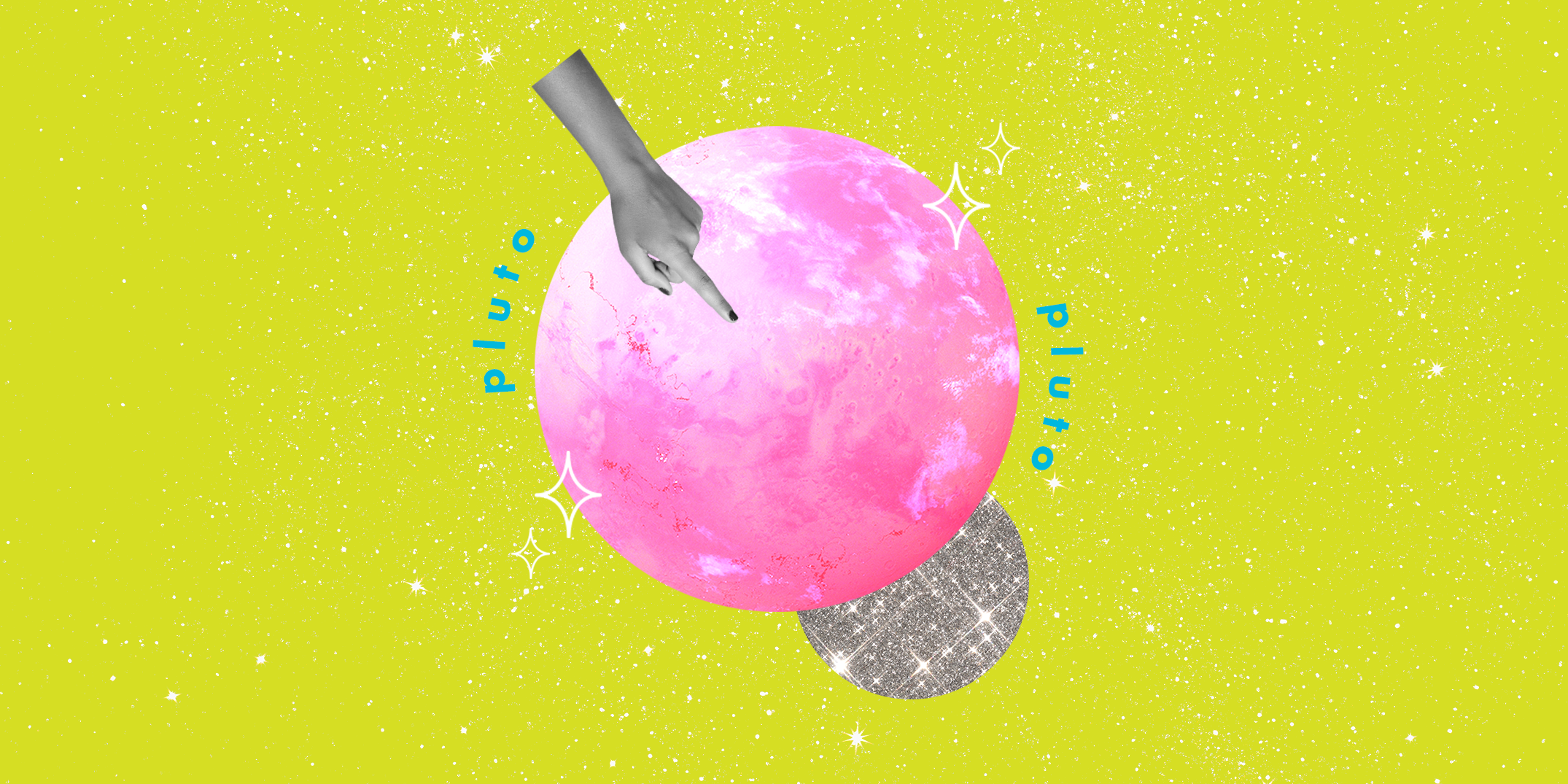 It’s a fact: Every astrologer has a favorite planet they hold near and dear to their hearts. I personally adore Pluto—and so should you! Pluto Retrograde resides on my Libra ascendent in my natal chart and has taught me many lessons in my 30-plus years. First off, I’ve become more tolerant of other people’s views and opinions, which, um, isn’t always easy. I’ve also come to embrace the hidden depths of my personality, like my unwavering loyalty to others, confidence, and brutal honesty. TL;DR: I’ve learned to embrace all my emotions—the good, the bad, the ugly—and to commit my life to personal growth. Not too shabby for a lil teeny planet, amirite??

When we look at our charts and cosmic transits, the dwarf planet Pluto represents transformation. While Pluto may be small in size (it’s approximately half the width of the whole United States *the more you know*), it packs a bigger punch than most other planets in astrology.

Its energy is extremely potent and powerful: Pluto represents the underbelly of emotions, what lies beneath the surface, and the subconscious mind. All the parts of ourselves that we do not share freely with the outside world. (Casual.) It destroys weak foundations, only to rebuild stronger and more resilient than before. (Again, totes chill.) Pluto is also the natural investigator and BS detector of the zodiac—it’s hard to get anything past this intense planet. In a word: intense.

On a deeper psychological level, Pluto is the master of transformation: Think of Kylie’s hair color as the planet Pluto—always evolving. The lil bb planet is also, um, kinky. Like Fifty Shades–level kinky. Pluto is sexually explorative and finds great pleasure in pain, bordering on masochistic. The reasoning is that Pluto loves to explore and honor edgier sentiments within. Pluto urges us all to normalize fetishes and fully embrace this side of ourselves. Why? Because Pluto wants us all to live our truth, not hide.

Read More:  How to Work from Home, if You’ve Never Done it Before

On a bad day, Pluto can bring out power struggles with others and triangular relationships. PSA: Love triangles do not necessarily mean a third IRL party is involved. It can mean that, say, our desire for fame and success stands between us and our partners. Or religious differences. Power struggles are common with Pluto, too, as the need to always be “right” and in control can force us to have arguments with others. It can add heaviness and obsession to relationships and projects—with Pluto currently orbiting the sign of Capricorn, it has proven to be the latter of the two.

Pluto has been in Capricorn since January 24th, 2008, and will continue to roam in the earthy pragmatic sign until 2024 (note: it will exit Capricorn in 2023 but retrograde for some time). During this period, Pluto has played the role of celestial cop: exposing abuses of power, building better business models, normalizing sexual taboos, and hopefully encouraging equal pay for equal work.

Since April 24th, Pluto has been moonwalking in Capricorn. October 3rd ends its retrograde journey, exploiting and exposing all our insecurities. We’ve looked fear in the eyes. We’ve healed ourselves. We’ve also pushed ourselves to work and play hard—to use our voice and speak up. With the knowledge and insight we’ve gained since April 24th, we can move forward with a deeper understanding of ourselves and our passions, stronger than ever.