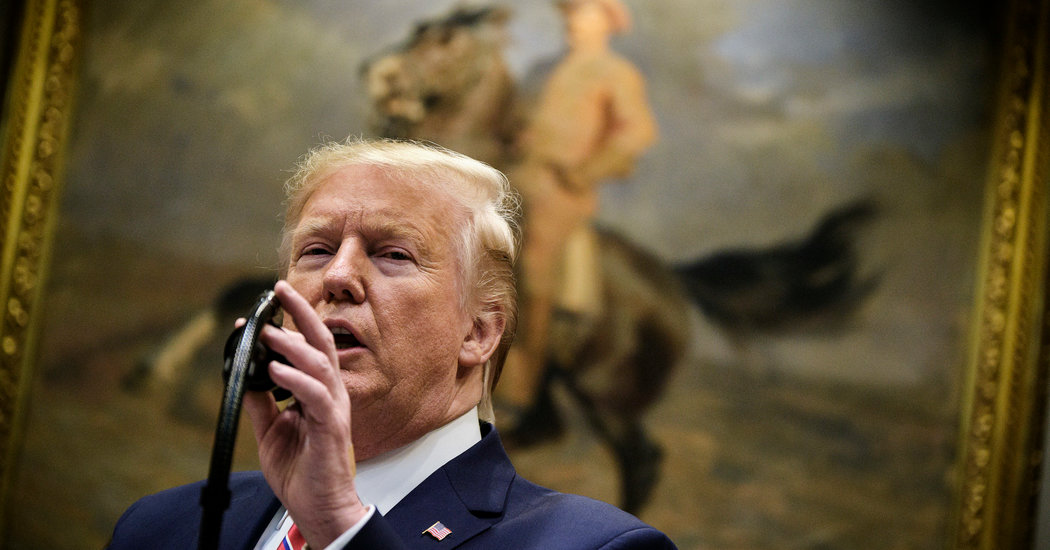 WASHINGTON — The White House sought on Monday night to quell a torrent of speculation about President Trump’s health two days after a mysterious, unannounced visit to the hospital, denying that he was treated for an emergency and insisting that it was just “regular, primary preventive care.”

“Despite some of the speculation, the president has not had any chest pain, nor was he evaluated or treated for any urgent or acute issues,” Cmdr. Sean P. Conley, the president’s Navy physician, wrote in a memo released by the White House in an unusual late-night statement. “Specifically, he did not undergo any specialized cardiac or neurologic evaluations.”

Mr. Trump was taken on Saturday to Walter Reed National Military Medical Center in his motorcade in a trip that had not been listed on his public schedule. He stayed for about two hours for what White House officials said were routine tests, but since the visit had not been revealed in advance and came only nine months after his last annual physical, it touched off much discussion about whether the president had an undisclosed health issue.

Mr. Trump, 73, is the oldest man ever sworn in for a first term as president, and he is not known for a healthy diet or exercise other than weekend golf. At his February checkup, he weighed in at 243 pounds, which is considered obese for a man of his reported height of 6-foot-3. He has been reported in the past to be taking rosuvastatin, a lipid-lowering drug, to control his cholesterol.

Dr. Conley reported that his latest test showed Mr. Trump’s cholesterol at 165, down from 196 in February. His LDL has fallen to 84, from 122, while his HDL was 70, up from 58. The doctor did not release results of any other tests, if conducted, including an updated weight.

In his memo, Dr. Conley called Saturday’s visit “a routine, planned interim checkup as part of the regular, primary preventative care he receives throughout the year.” He said it was not announced in advance “due to scheduling uncertainties,” without explaining further.

Dr. Conley also made no mention of whether Mr. Trump underwent a routine colonoscopy, which his physician at the time said in January 2018 would be conducted at his next regular exam. The president’s doctors did not say in February whether he had one then.

After the February exam, Dr. Conley described Mr. Trump as being in “very good health.” He made no characterization one way or the other in Monday night’s statement, but brushed off concerns generated by the Saturday visit.

“Primary preventative medical care is something that occurs continuously throughout the year, it is not just a single annual event,” Dr. Conley said. “As such, I will continue to monitor the president’s health, planning on a more comprehensive examination after the new year.”