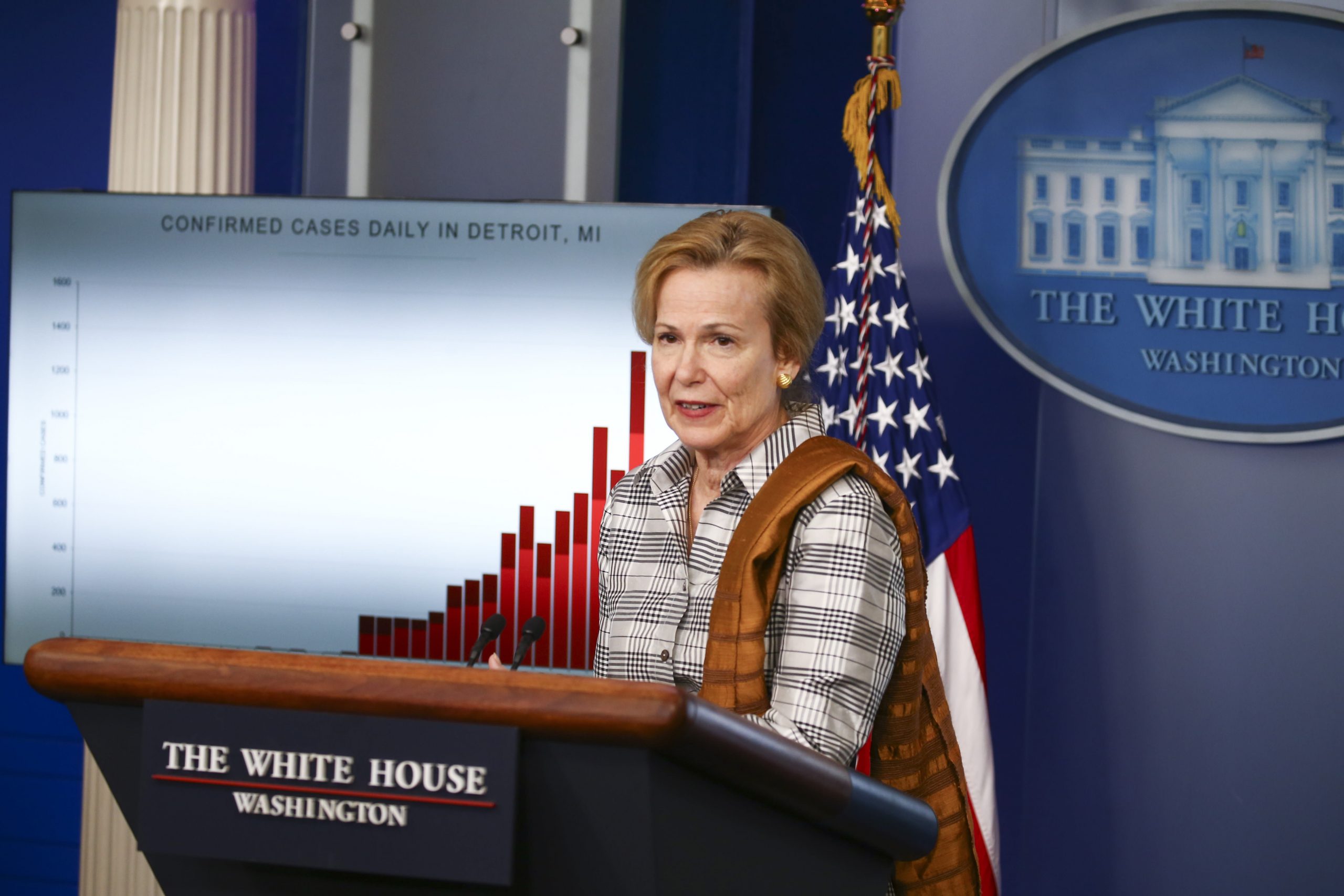 White House officials are seeing “real evidence” that statewide lockdowns and other efforts to curb the COVID-19 pandemic are working in states like California and Washington, even as New York and other areas of the country struggle to get a handle on the outbreak.

“We are in the midst of a week of heartache,” Vice President Mike Pence said, noting the high death toll in the U.S. There are more than 439,000 confirmed cases in the U.S., killing more than 14,600 people so far with deaths expected to hit a peak this week or next. At the same time, he said there was “real evidence” the mitigation efforts were working. “There are glimmers of hope. Extraordinary progress in California and Washington is a tribute to the people in those states and the leadership in those states.”

In the Seattle area, which was the original epicenter of the pandemic in the U.S., new cases have dropped to about 350 a day with about 9% of all coronavirus tests coming back positive, White House coronavirus task force coordinator  Dr. Deborah Birx said Wednesday. The Los Angeles area has more new cases, about 800 a day, but they’re positive testing rate is also around 9%, she said.

“So this gives us some idea of what it takes, they have been continuously mitigating,” she said. “Those are the kinds of things we need to see and the only way we will see them is if every American continues to follow the guidance.”

Though the rate of new cases appears to be starting to level off in New York, New Jersey and possibly Detroit, those areas are still confirming a tremendous numbers of new cases every day.

Birx said the New York metropolitan area, which includes Northern New Jersey, Connecticut and Rhode Island, is still reporting roughly 11,000 new cases a day and that about 40% of all COVID-19 tests are positive.

“So there is still a significant amount of disease there and everyone needs to continue to follow the guidelines,” she said.

She cited New Orleans, Detroit, Chicago and Boston as metropolitan areas with a high percentage of positive tests at between 18% and 26%.

The coronavirus pandemic continues to hammer the Empire State with 10,453 new cases reported Wednesday. Half of all tests in two New York City boroughs – Queens and the Bronx – came back positive, the state reported.

Gov. Andrew Cuomo said the state appears to be flattening the curve of the outbreak, referring to a line chart that projects the growth in new cases over time. But he quickly added that would only last if people continue to adhere to social distancing guidelines.