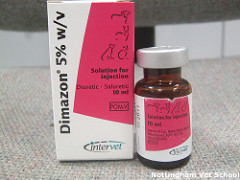 Ferrets are mammals which belong to the sub-species Mustela putorius furo and are sometimes called as mustela furo. Today most of the ferrets are pets with some exceptions of wild ferrets.

The main reason for domesticating as with all wild animals was for hunting purposes. But there are different schools of thought about the original species that was domesticated to evolve the present sub-species of domesticated ferrets.

First school believes that the European polecat called as the Mustela putorius officially was the original ascendant of the domestic ferrets today.
The second school of thought believes it was the Steppe polecat of the Mustela eversmannii which could have also originated this species.
An altogether different thought is that a hybrid variety could have also been the originator of ferrets today.

Mitochondrial DNA reveal that it was probably first domesticated by the Egyptians around the 1500BC. But there is no present day indication s to substantiate this claim.

Around 425 BC, the Greeks show some evidence of domesticated the ferrets. As a matter of fact, the name ferret is derived from the Latin word ‘furittus’ meaning ‘little thief’. The Romans too could have used ferrets for hunting.

Present populations of ferrets are found in the Shetland Islands and in remote areas of New Zealand. The reason why they have survived here is because of the absence of competition and similar sized predators. In fact sever colonies of wild ferrets or feral ferrets are found in these geographic areas. New Zealand has the distinction of having the world’s largest ferret-polecat hybrids in the world.

It was only in the last decade of the twenty first century that one saw a sudden spurt in the ferrets becoming pets in the United States. Statistics show that by the end of 2006, there are approximately 100,000 and more domestic ferrets. The American Association of Ferrets sets the standards of categorizing the ferrets according to their colors and the concentration of the color distribution.

Clint is a ferret enthusiast who enjoys giving information about Wild Ferrets. You can learn more about taking care of ferrets the correct way at FerretCareHelp.com.