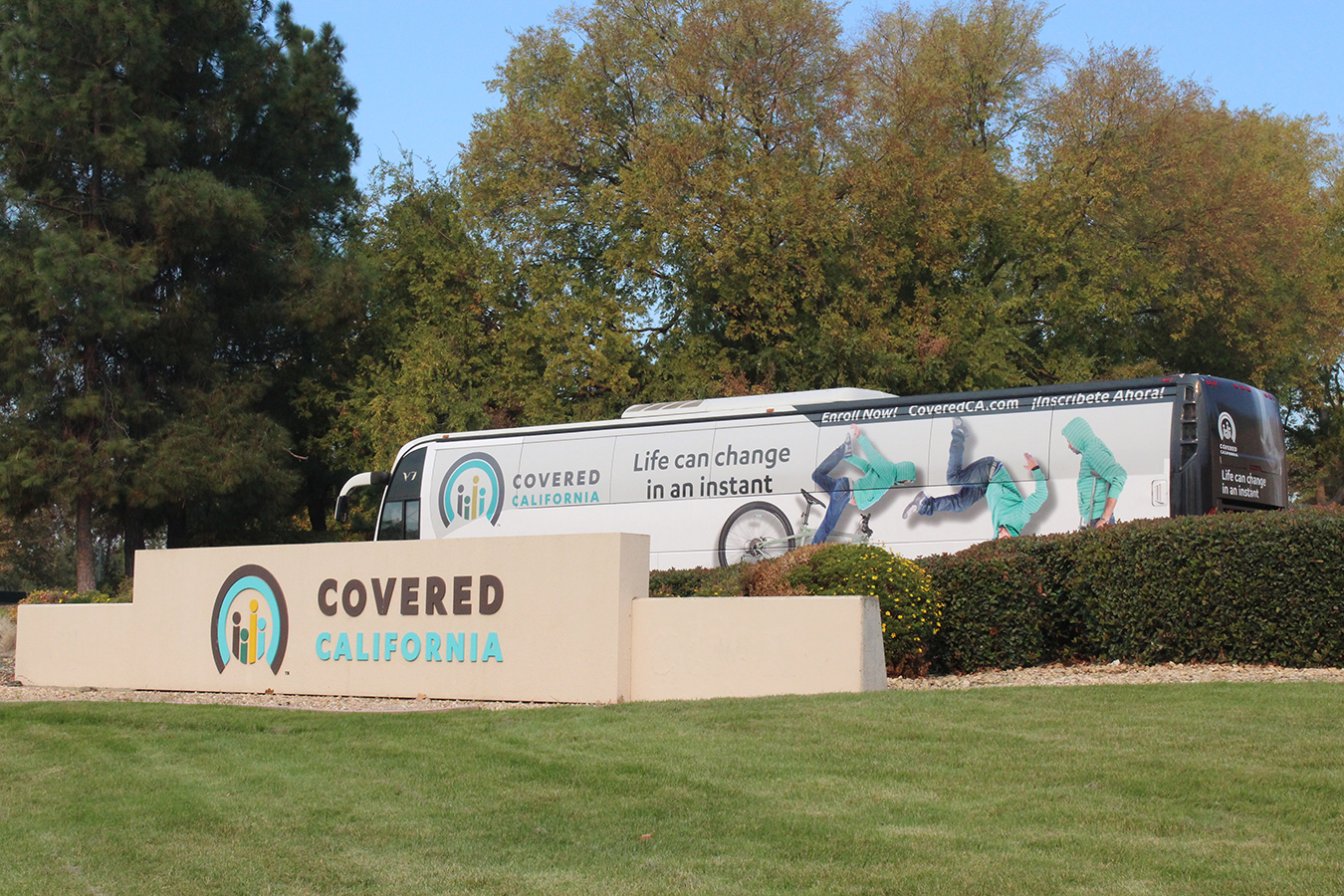 Premiums on California’s health insurance exchange will rise by an average of 0.8% next year, the lowest increase in the agency’s history, state officials announced Tuesday.

Covered California Executive Director Peter Lee credited two new statewide initiatives for keeping the proposed rate hikes low: Next year, California will be the first state in the country to offer state-funded tax credits to middle-class enrollees, which will be paid for in part by a new tax penalty on Californians who don’t have health insurance.

“It shows what happens when a state says, ‘Protect the Affordable Care Act and build on it to make the system work for all Californians,’” Lee said.

Covered California estimates that the state-based tax credits, in conjunction with the new state tax penalty, will result in 229,000 newly insured Californians.

The average rate hike for 2020 is far lower than this year’s average increase of nearly 9% — and the five-year average increase of 8.4%. Covered California began offering health plans in 2014 to individuals and families who purchase their own insurance as part of the state’s implementation of the Affordable Care Act.

Most Covered California enrollees receive financial assistance based on their incomes.

California’s announcement of 2020 Obamacare rates comes at a precarious moment for the federal health law: Oral arguments were set to start Tuesday in a landmark lawsuit filed by a group of Republican attorneys general who want the entire health law overturned. The 5th Circuit Court of Appeals in New Orleans heard oral arguments in the case, known as Texas v. United States. California Attorney General Xavier Becerra is leading a group of Democratic attorneys general in defending the Affordable Care Act.

The Trump administration, through the Department of Justice, has declined to defend the law. Depending on what happens at the appeals court, the health law could reach the U.S. Supreme Court before the 2020 presidential election.

The Trump administration has taken other steps to hobble Obamacare, including shortening the annual open-enrollment period for the federally run health insurance exchange, healthcare.gov, and drastically slashing funding for enrollment outreach efforts. Administration officials have said that a replacement plan for Obamacare will be unveiled soon.

In addition to California, some other states have reported low rate increases or decreases for 2020. Washington state last month announced an average 0.96% increase for next year. Maryland announced an average 2.9% rate reduction for 2020. But some exchanges may continue to see more significant increases. Earlier this year, for example, New York proposed an 8.4% rate increase.

However, Fiedler said, “everything California is doing depends on the Affordable Care Act remaining in place.” Few if any states would be able to spend enough to make up for the elimination of federal tax credits that help some income-eligible people purchase health insurance, he said.

Lee said the 11 health insurers participating in Covered California would return next year, and Anthem Blue Cross, a national plan, will expand its offerings in the state. Anthem’s expansion comes after it pulled out of some regions in 2018. The insurer will expand into the Central Coast, parts of the Central Valley, Los Angeles County and the Inland Empire, Lee said.

Nearly all Californians will have a choice of at least two insurers, Lee said.

California is divided into 19 pricing regions, and not all 11 plans participating in the exchange next year will be offered in each region. In some regions, the rate increase will be higher than the statewide average. In others, it will be lower.

Read More:  What cause bad cholesterol

What consumers ultimately pay depends on where they live, their income, how much coverage they want and their choice of insurer.

The health exchange is expected to release proposed rates by region on July 17; state regulators must approve them.

The 2017 Republican tax bill eliminated the federal tax penalty for not having insurance, which took effect this year. But California lawmakers recently agreed to implement a state-level insurance requirement and tax penalty, joining Massachusetts, New Jersey, Vermont and the District of Columbia.

The new individual mandate for Californians starts in 2020. The penalty for not having insurance will mirror the one under the Affordable Care Act, which was $ 695 per adult (and $ 347.50 per child under 18) or 2.5% of annual household income, whichever is greater. That can amount to thousands of dollars a year.

The revenue from the penalty, plus other state funds, will help pay for state-based tax credits for roughly 922,000 people who purchase insurance through Covered California. As part of the 2019-20 state budget signed by Gov. Gavin Newsom last month, the state will pledge $ 1.45 billion over the next three years for this effort.

The majority of the state-based financial aid would go to roughly 235,000 of these middle-income people. The average household tax credit in this category would be $ 172 per month, according to Covered California.

About 1.4 million state residents purchased health plans through the exchange this year, according to Covered California. In January, the agency announced that new enrollment fell by nearly a quarter, with 295,980 new sign-ups, compared with 388,344 last year. Plan renewals, on the other hand, increased by about 7.5%.

The decrease in new enrollment was steeper than expected for 2019 — and the agency blamed it primarily on the elimination of the federal tax penalty for not having insurance.

An analysis by the Kaiser Family Foundation earlier this year showed that older adults who earn just above the income cutoff, and live in rural areas, have an especially hard time affording their premiums. (Kaiser Health News, which produces California Healthline, is an editorially independent program of the foundation.)

In California, older residents of far northern counties — such as Shasta and Modoc — and the Central Coast counties of Monterey and San Benito are among those who spend the highest percentage of their incomes on premiums, the analysis found.