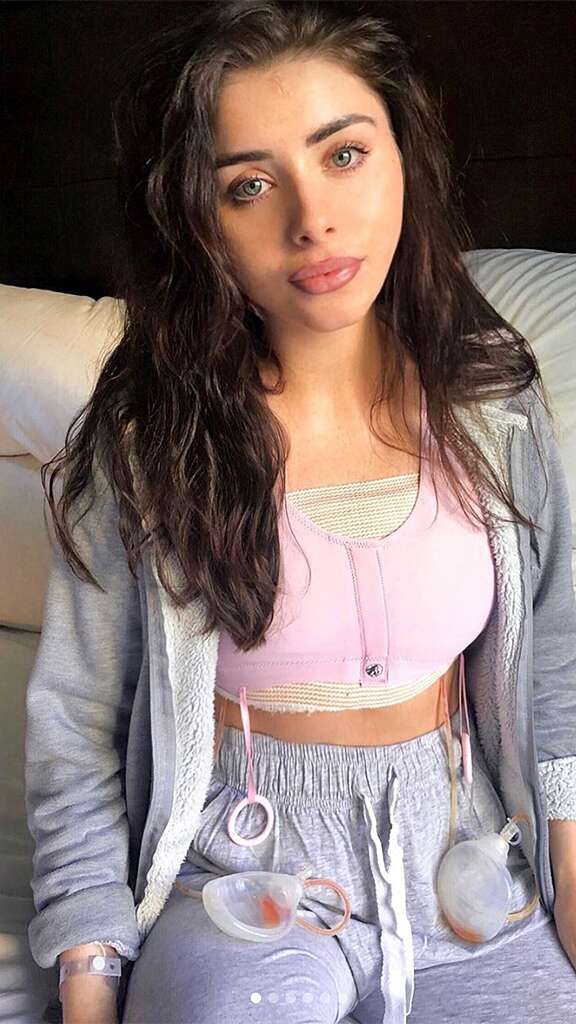 A woman in Australia recently spoke out about her decision to have her breast implants removed after she developed several troubling symptoms in the year after having them done. Alivia Celio, who took to Instagram to reveal her pain, said she first got the implants last December.

“This year following has been extremely hard for me,” she wrote to her followers. “I’ve experienced brain fog, debilitating fatigue, nausea, blurred vision, severe hormone imbalances, gut health issues, joint pain, heart palpitations, breathing difficulties, rashes and often felt as if I couldn’t cope with life. The whites of my eyes were red and my face was always swollen. I’ve suffered mental health issues which have drastically taken over my life.”

Celio claims that a trip to the doctor resulted in a blood test, which came back normal, prompting her doctor to suggest she “work on managing my stress levels.”

She said that when her symptoms continued to worsen, she underwent further testing to reveal that her body was experiencing an autoimmune response, and that “antibodies were attacking my healthy cells and a defense mechanism for illness.”

Celio took her findings and found others experiencing the same illness, which has been dubbed “Breast Implant Illness,” by patients but has not been recognized as a medical diagnosis. According to the FDA, researchers are continuing to investigate the symptoms commonly reported by women who claim to have developed them only after getting breast implants, but the reasons behind why they develop the issues remain “poorly understood.”

Read More:  UK Parliament sets curfew for its own bars after loophole outrage

“In some cases, removal of the breast implants without replacement is reported to reverse symptoms of breast implant illness,” according to the FDA.

That was the case for Celio, who in October flew to Ohio and had the implants removed and claimed that just four days later she was “feeling like I can finally breath[SIC] again.”

“I am forever grateful for my family and their unconditional love during my darkest times, when I needed it the most,” she wrote. “If it weren’t for them I wouldn’t have taken the steps to recovery. I’m learning to love my body, embrace it and not be so critical of myself.”

Celio said that she knows plenty of other women who have gotten implants without experiencing complications, but that those who are should get them looked into.

“Knowledge is power and I hope that sharing my experience on Breast Implant Illness can help others, I’m here for anyone struggling. I’m excited for the future, to live life being back to my happy self. #breastimplantillness.”