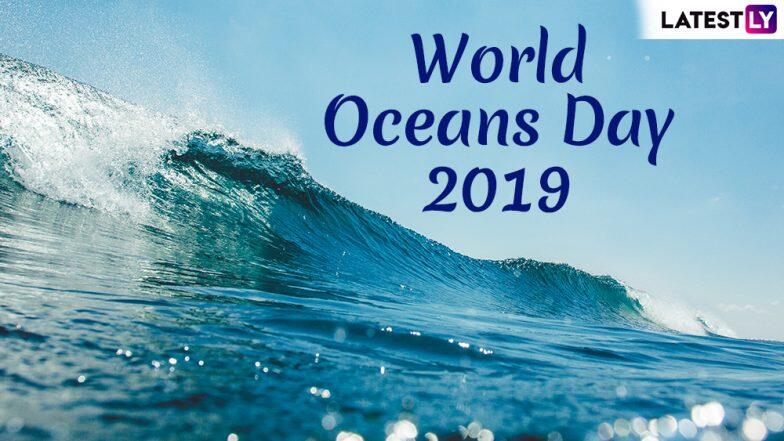 About three-fourths of our Earth’s surface is covered by oceans and we often forget the importance of these water bodies in our entire existence. So every year the United Nations celebrates World Oceans Day on June 8 to remind how critical it is to maintain these oceans. It draws attention to the damage caused to these water bodies and why we need collective efforts to manage them. It aims to develop a worldwide movement of citizens for the ocean and unite the world’s population on a project for the sustainable management of the world’s oceans. This year’s theme for World Ocean’s Day is ‘Gender and the Ocean.’ Let us know more about it and why it is important to draw attention to the cause. Plastic Pollution Reaches Deepest Place on Earth! American Explorer Finds Plastic Litter on His Record-Breaking Dive to Mariana Trench (Watch Video).

The oceans are an interesting way in which it connects the world. So as citizens of the globe, it is the duty of each and every individual to do their bit for the management. The ocean is the most important because it generates the oxygen we breathe, feeds us, regulates the climatic conditions, supports habitat and many more. The oceans are also a major source of food and medicines, making it a critical part of the biosphere. Here Are 5 Biggest Threats to Our Oceans and Marine Life!

This year’s theme for World Oceans Day is very interesting as it draws attention to not one but two important issues. The theme is ‘Gender and the Ocean.’ It brings in the dimension of gender and how it relates to the ocean. As UN describes, “This year, we strive to build greater ocean and gender literacy, and to discover possible ways to promote gender equality in ocean-related activities such as marine scientific research, fisheries, labour at sea, migration by sea and human trafficking, as well as policy-making and management.”

It essentially aims to draw attention towards the gender equality and empowerment of women and girls when it comes to Sustainable Development. Experts from around the world would share their perspective about ways to promote gender equality in the ocean-related fields.

The concept of marking this day was originally proposed in 1992 by Canada’s International Centre for Ocean Development (ICOD) and the Ocean Institute of Canada (OIC). The 1987  Brundtland Report noted that the ocean sector did not have as much as a strong representation as compared to others and oceans definitely need to be maintained since a lot of habitats depends on them.

Since the year 2002, World Oceans Day promotes a unique opportunity to celebrate the ocean, our connections, and take an action which makes a real difference. So leading organisations including the World Ocean Network, Association of Zoos and Aquariums, and many others in its network of 2,000 organizations came together to join in these celebrations. Each year more and more NGOs willingly join to make concentrated efforts.

Over the years, the pollution, plastics entering the deepest waters, loss of habitat is threatening the oceans already and each action to prevent it matters. It is not just about creating awareness but devising strategies that will work for ocean protection effectively.