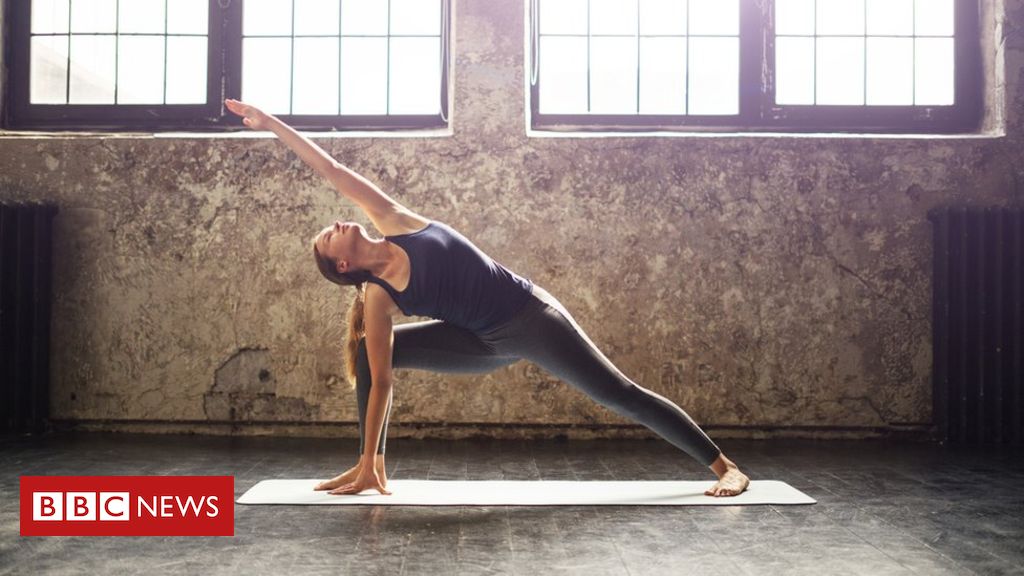 Yoga’s popularity does not look like it will wane any time soon.

Its physical benefits for flexibility and balance, as well as its spiritual connection, mean it’s practised by millions across the world.

And that means a need for more and more yoga teachers.

But now, there is a warning they may be putting their own hip health at risk.

Benoy Matthews, a leading UK-based physiotherapist, warns he is seeing increasing numbers of yoga teachers with serious hip problems – many of whom require surgery – because they are pushing their bodies too hard.

Mr Matthews, a specialist hip and knee physiotherapist and member of the Chartered Society of Physiotherapists, says he sees four to five yoga teachers a month.

He says the problem lies in people repeatedly pushing their bodies into “prescribed” positions, when their physiology prevents it.

About half of the teachers he sees simply need advice on how to moderate the “prescribed” yoga positions, so as not to put too much stress on their joints.

But those with more advanced problems need medical treatment and surgery – including total hip replacements.

“People confuse stiffness and pain,” he says. “If there is a pinching or blocking feeling in the groin, it shouldn’t be ignored. You have to know your limits.”

Mr Matthews has specialised in hips and knees for the last eight of his 22 years as a physio.

He says it can be easy for yoga practitioners to mistake joint pain, which means they should stop the movement, for stiffness, which they should push through.

Read More:  What is Bikram Yoga? 26 Pure Bikram Yoga Poses and Its Benefits

“We all know about the health benefits of yoga – I practise it myself,” he says. “But, like anything, it can cause injury. We can’t put it on a pedestal.

“I don’t want to denounce yoga, after all it’s been going for thousands of years. But you have to understand yourself.”

Mr Matthews says the problem often boils down to how a person’s hips are formed and how flexible they are.

“Ego might mean them trying to take a position ‘all the way’ to the end when they should just stop where it’s comfortable.

“Just because the person next to you can reach all the way doesn’t mean it’s necessary, or desirable, to do the same.”

Mr Matthews says the amount of yoga teachers do, as well as the fact they might not be doing any other kind of exercise, can explain the problems that develop.

“They might be doing yoga six days a week and think that’s enough, without doing any other kind of exercise, like cardio or cross training,” he says.

“It’s like anything. If you do the same thing again and again, there can be problems. You need to mix it up in terms of the kind of exercise you do.

“If they come limping and can’t walk more than 10m [33ft], say, there’s no amount of physio that can help them. If it’s two years in, even the best physio can’t do anything.

Read More:  What are Dog Allergies?

Sometimes they can have keyhole surgery (hip arthroscopy), or it’s a replacement.

Mr Matthews suggests new yoga teachers should be assessed. “You could see what mobility they have and what their body is allowing them to do,” he says.

Natalie Gartshore has been a yoga teacher for 16 years, She thinks the popularity of yoga means it’s effectively a victim of its own success.

“I don’t think you’re told very much when you’re training as a teacher about physiology or anatomy,” she says. “There is an overuse issue.

“If you got people en masse taking up ballet, you would get the same results.”

Natalie, now 45, tore the cartilage in her hip five years ago.

She now makes sure she manages her class workload and doesn’t work weekends. But she says it’s hard for newly qualified teachers to do the same.

“They’ll be doing five classes a day, running around, working weekends,” she says.

The British Wheel of Yoga is approved by Sports England, as the practice’s governing body.

Wendy Haring, its chair of education, says: “It’s probably true in some schools of yoga, where people hold poses for a long time without modification, that’s when there are problems.”

But learning about anatomy and physiology is a “major part” of BWP-approved courses.

“We would teach people how to modify poses,” Mrs Haring says.

She adds though, people teaching yoga do need to take care and advises anyone wanting to train to make sure their courses are Ofqual-approved.

Pip White, professional adviser at the Chartered Society of Physiotherapy, says: “Yoga is a fantastic activity for people to do, with lots of benefits for your health and general wellbeing.

“However, as with any form of exercise, it’s important to do it safely and in this case, also understanding your own limits, as we are all built differently.

“Yoga is not about being in competition with anyone else. If you stay aware of your abilities and practise within your own limits, you will gain all the great benefits this practice has to offer.”